Kashan is a city in the province of Isfahan in Iran. It was built at the margins of the great desert. At that time the city was located across the side of Silk Road. Although their productions such as carpets, rosewater, pottery, velvet and silk have gained world popularity, the city remained unknown, being the hidden gem in the sandy desert in its isolation. The region of Kashan was the most ancient cradle of civilization. At the time, when the rest of the world was in a deep sleep, in the middle of Iran plateau, culture and knowledge were flourishing, powerful kings were reigning, legendary wealth existed; However, after decades of war, the wildfire of destruction gutted everything: nature, humankind, treasures, wisdom.

The city appeared as if it metamorphosed. Last summer, I visited that place again, reminiscing, and what caught my attention was the architecture of the city, as its landmarks were demolished, and no one was bothered about this or tried to intervene.

This photo illustrates one of the aristocratic houses in Kashan. The houses are ornamented with common elements of the Qajar era: colorful windows with artistic embellishment, ivory cravings, murals, curved domes on which light radiates obliquely so as to reduce the heat in the rooms, and wind towers which cool the basement area. Architecture, light, color and painting, those were all the elements that provided comfort for the residents. Despite the current state of ruin, I felt something peculiar in the air. A peculiar secret, a spirit and a sort of vitality in this particular house in the soul of the city. This could still be sensed in remaining buildings. I wanted to reimagine the city.

Using video and still images - combined with physical pieces retrieved from the ruin I created an unconventional ways of modelling a fantasy city. My physical final model is a “dialogue between heritage and fantasy” existing in a threshold of the moment between fantasy and reality. 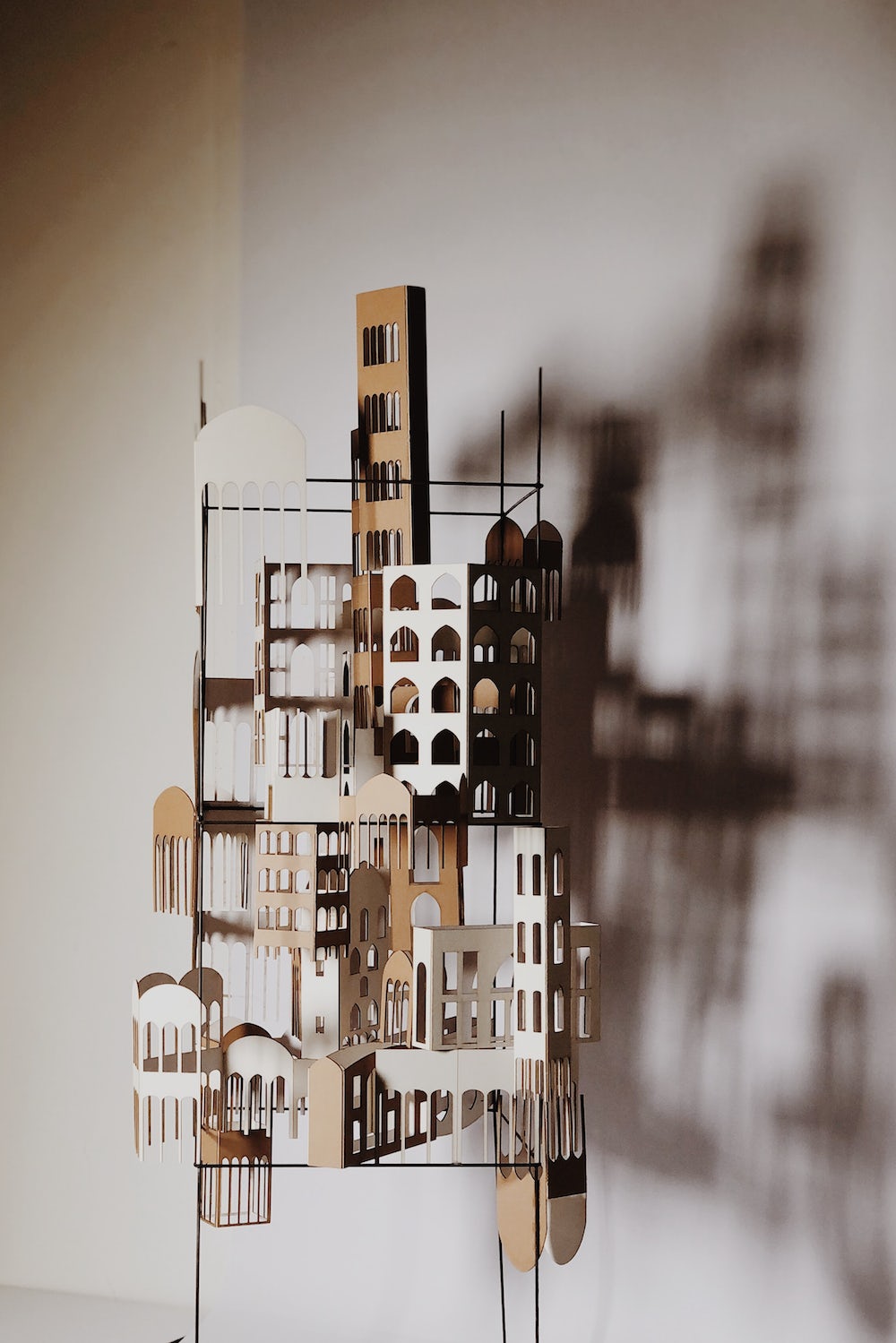 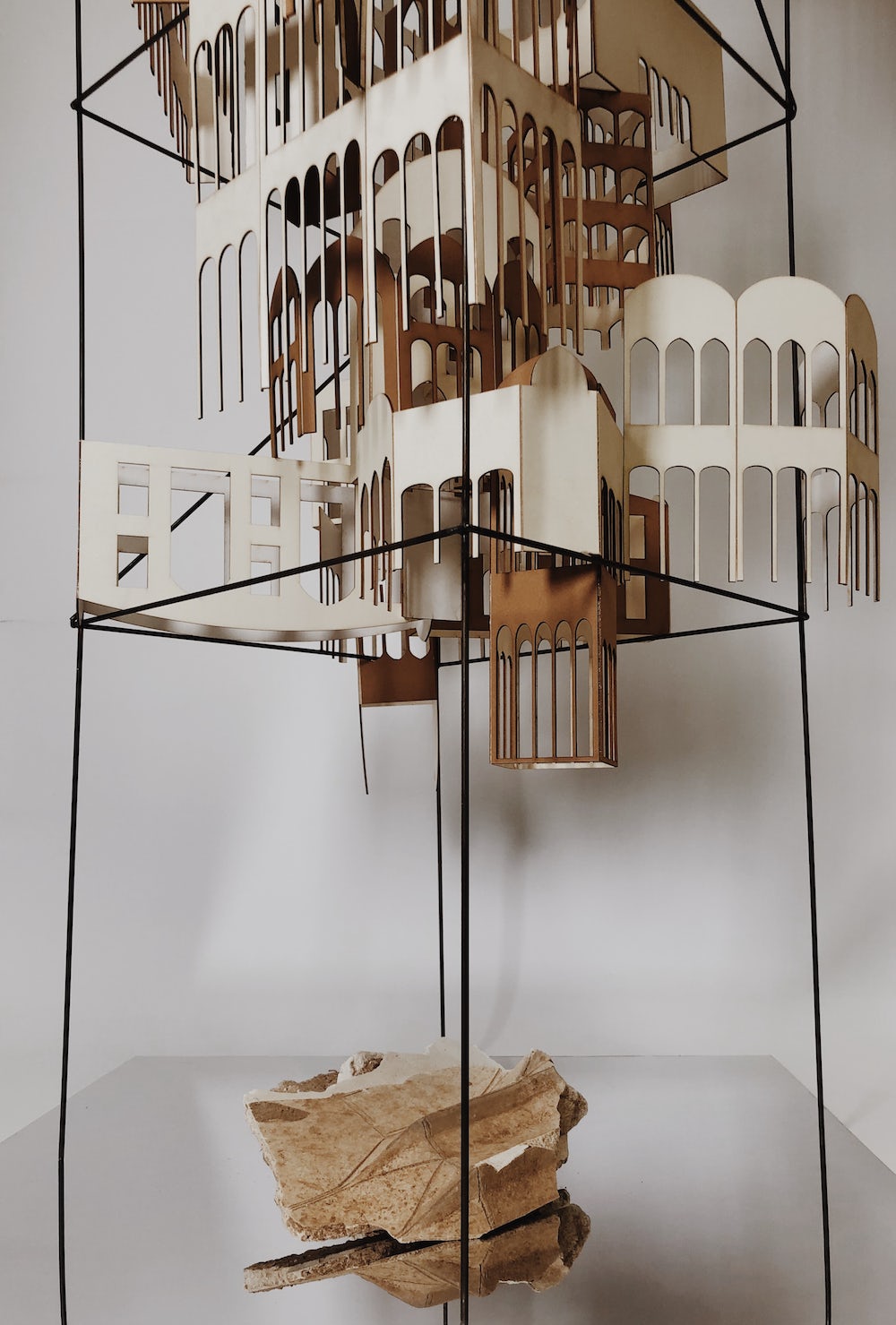 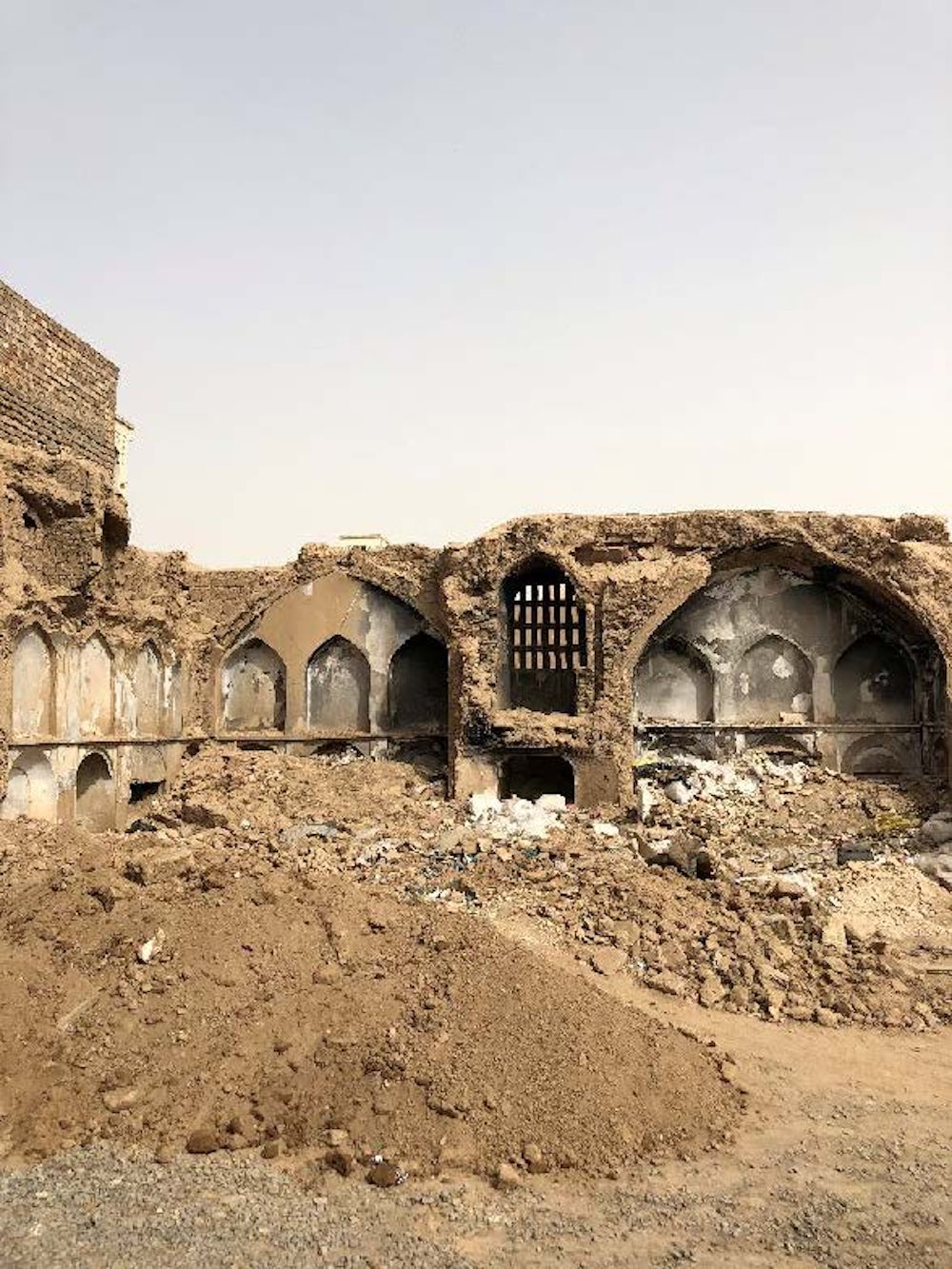