As you walk past the same neighbourhood each day to get to work you see the same objects, the same street, the same pavements. One day however you realize the space you walk through has morphed into a different version of itself, and you lost the perception of when this transition occurred. We will not perceive the growth of our siblings if we live with the same house as they do but a distant relative will be shocked by “how much they have grown” since the last time they saw them 3 months before. The constant spatial mutations and our ineptitude to see the change on the short-term basis is leading us to evaluate too late the consequences of the changes.

There are numerous areas which have been subject of change already and certain areas which lately are being targeted by developer’s plans and intentions of urban densification or “modernisation”. Within these areas there is Dalston, north of the Borough of Hackney; a culturally rich and ethnically diverse neighbourhood which has been shaped by a bustle of nationalities during the 19th and 20th century. The Ridley road market as the heart of this ethnical diversity is a symbol of resistance to the obnoxious “new build” that is taking over the neighbourhood.

My project intention is to capture aspects of this change to the area through a medium of the photograph. I will experiment with mediums of the image which play on the duration of the single shot, to give an insight in the effect time will have on the culture of this market.

This project aims to interface with discussions and platforms that raise awareness and inform the general public about the threats which Dalston and more specifically the peculiar Ridley Road market is facing. I will document the entrance of the market and the main road through time and collate the different documentations in one item. The documentation of everyday life events will give an insight into how much the area is affected by the new-build plans and high- end residential planning applications.

The photographs will be exhibited alongside audio interviews and single shots of shopfronts, stalls and market scenarios. 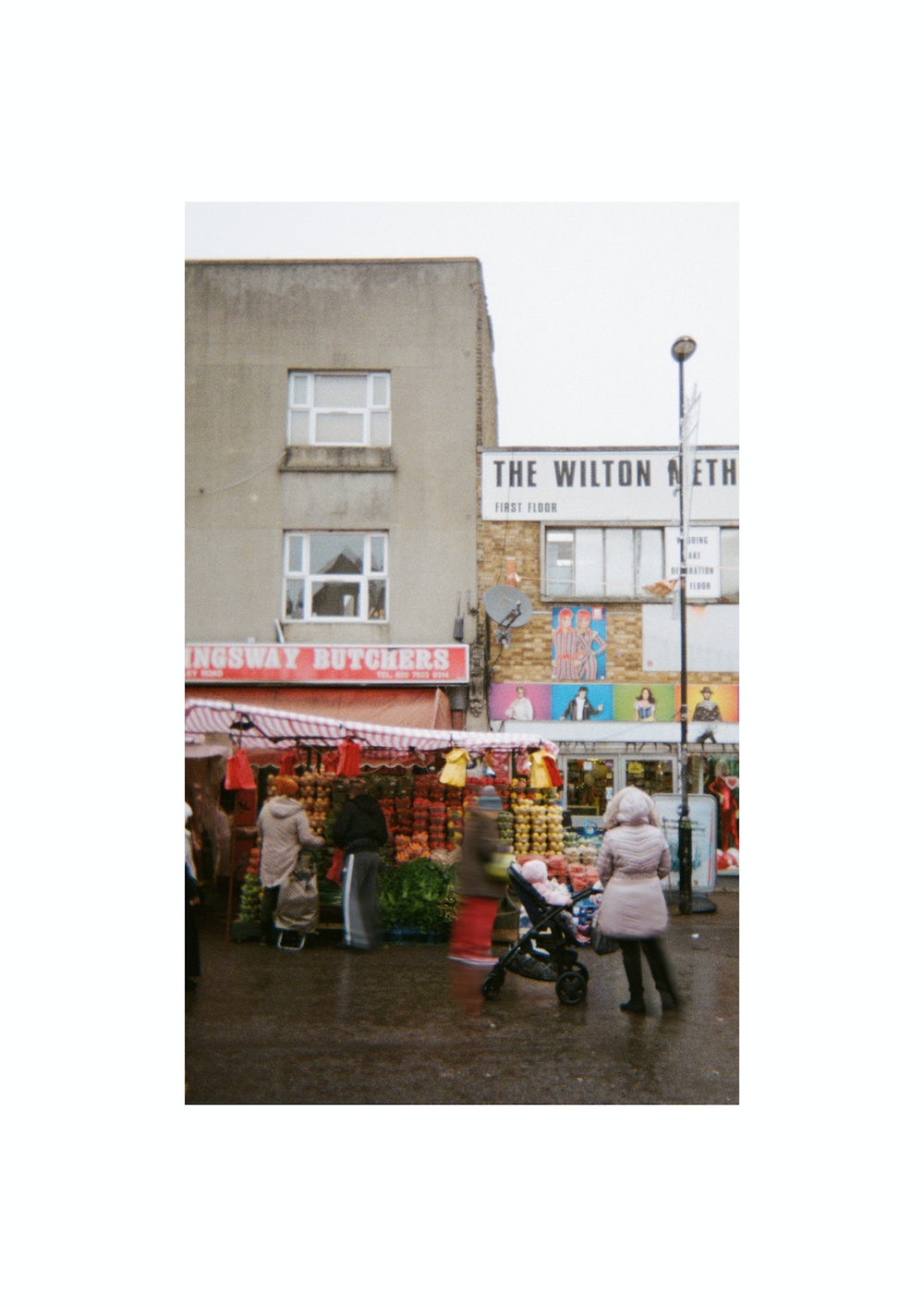