"The Theatre of my Entrapment"

The project began with a visual investigation into the states of fulfilment and unfulfillment, with the aim of dissecting particular triggers and patterns in the spaces connected to my personal moods.

Through this process, a yearning for the external was exposed. Concerning the United Kingdom in particular, concepts of shelter are arguably consumed with protection, to the extent that any inhabitation of the ‘edge’ has vanished. The consequences of this are demonstrated in the Prospect and Refuge theory, developed by the British Geographer Jay Appleton in 1996. He suggested that homo-sapiens have evolved to become an ‘edge’ species inferring we prefer to situate ourselves at the periphery of an open plain. Although Appleton allows that “people have an innate preference for certain protective or sheltering settings”, he clearly infers that our psyche is imbedded with a preference for the boundary position of partial concealment which still facilitates a diligent viewpoint. He believes that we have altered our environment so drastically in the urbanised Western World, that we no longer “recognise those sign-stimuli to which (we) naturally react”.1 I propose that the shelters initially designed for protection have now become devices of entrapment and that, combined with modern distractions, our ability to abscond from our walls is inhibited. If our relationship with the external environment reverts to an intuitive state, then battling challenges such as the current climate crisis would become second nature.

The project mediates these ideas of obstruction and longing for the external by framing the documentation sketches within a theatre set. The form will be simple and effective, enhancing the viewers perspective and highlighting key aspects of the sketches. The perspectives will be organised from the least to most ‘external’, with the latter being positioned centrally, at the furthest point. The observers eyes will be drawn to this piece, yet the distance will seem much greater, as if unobtainable.

Certain triggers and themes, many unsurprising, became clear upon second observation of the sketches. Elements, such as personal possessions, gadgets and vegetation, were drawn in particular detail and with more pressure. Therefore, I cut out the surrounding space to create the Theatre of my Entrapment, setting the stage for a story of my recurring distractions. 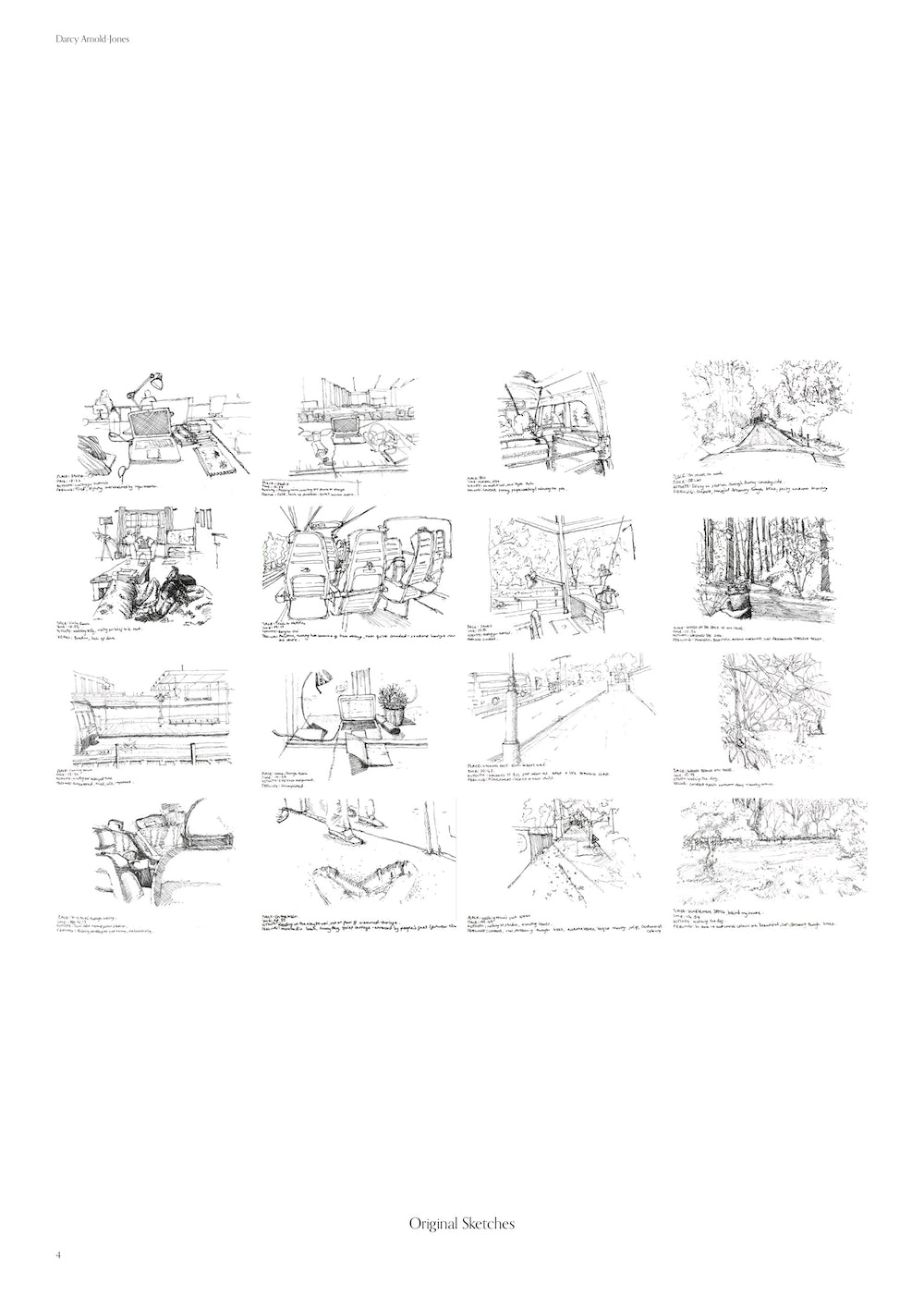