Through media studies, I have become interested in the formation and retention of memories in the context of architectural space.

Initially, I analyzed the association of emotion with certain memories and environments. By juxtaposing two similarly familiar aspects of contrasting memories, I created the below scene. To someone unfamiliar with either the place or the soundtrack, the scene might mean nothing, but to someone with a connection to either or both it can be quite jarring. What is depicted visually through the image below, is the end of a British summer against the sounds of native Australian birds during the height of summer.

Research I began collecting material from family and friends in the form of a drawing their memory of the childhood house. I specifically requested that only their memory can influence the drawing with no additional information from past photographs, convocations or site visits.

Following on from the drawings I re-opened up the convocation about particular memories of the childhood home through interviews. In these interviews I asked questions such as – What is your most vivid memory of this childhood home? How do you remember this space though an emotive description?

Grounding the final piece back to the initial image, I decided to project the drawings of the childhood home onto a wall from a London home – creating an interactive installation for passer-by’s. Filmed footage of this event combined with recordings of the interviews created what would be the final media representation of my research. 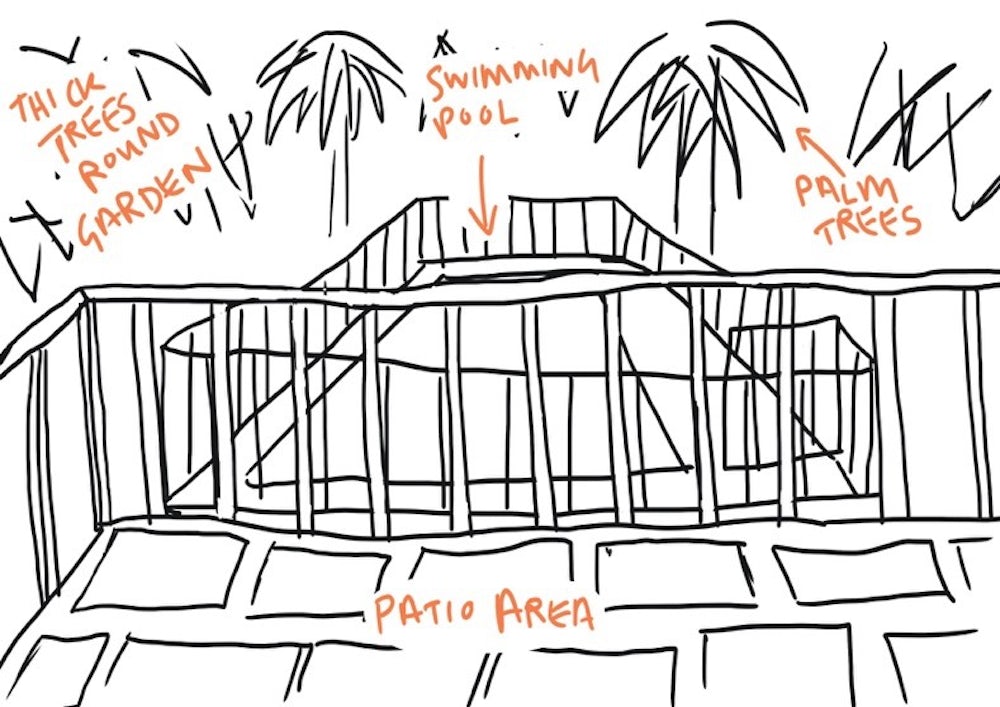 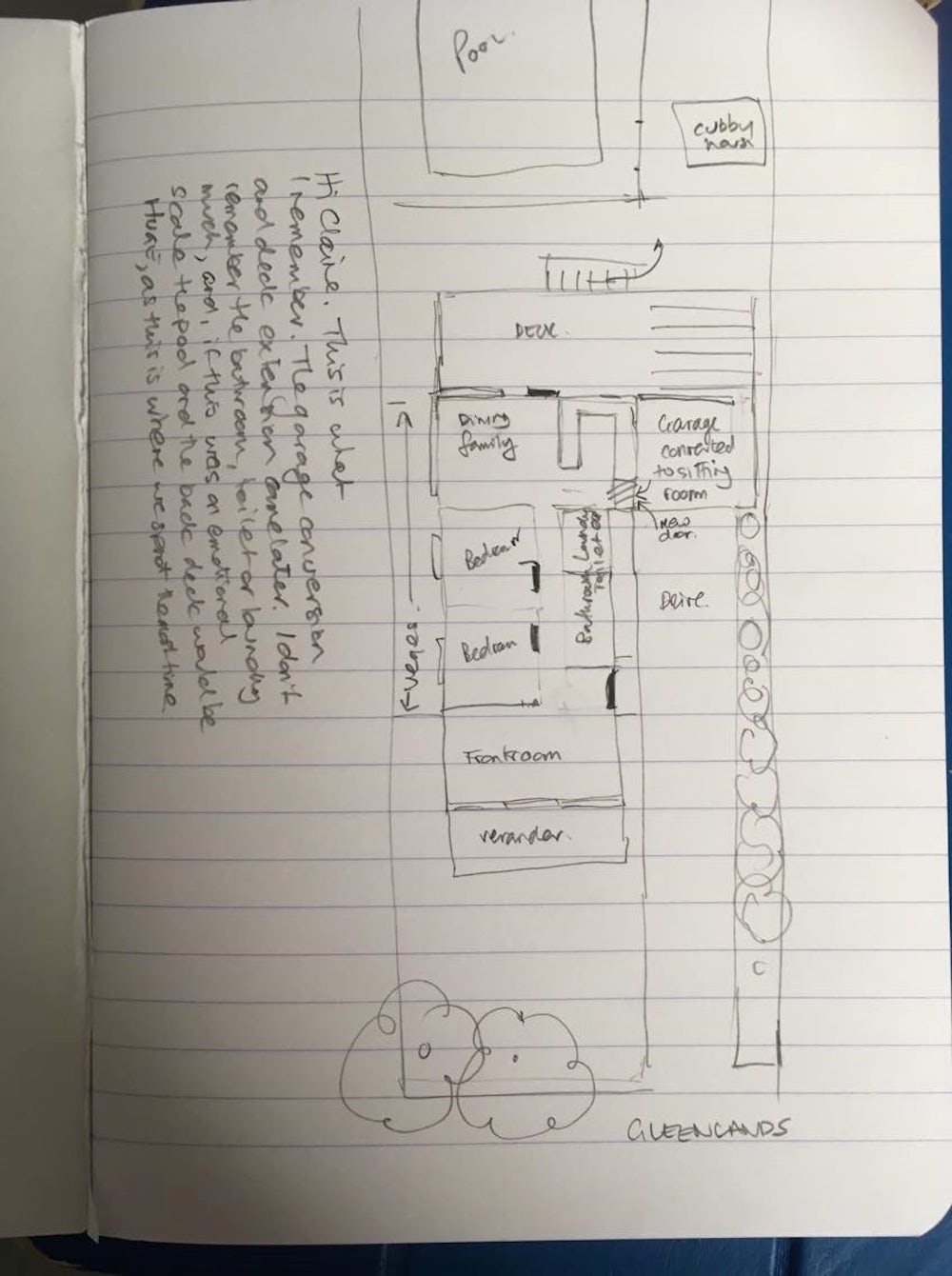 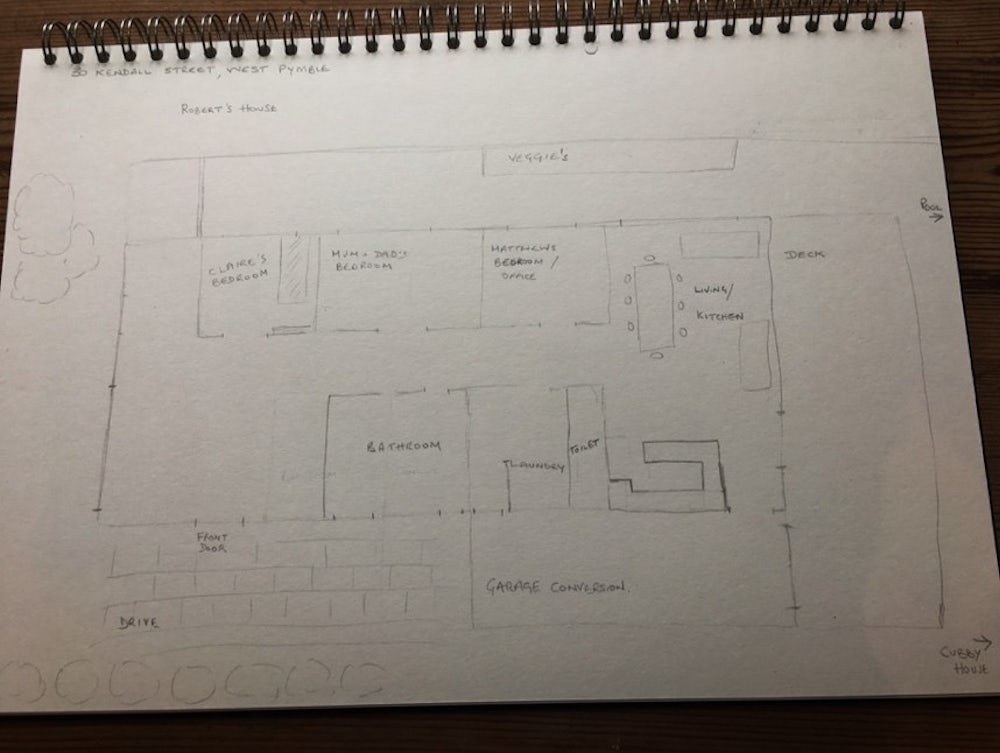 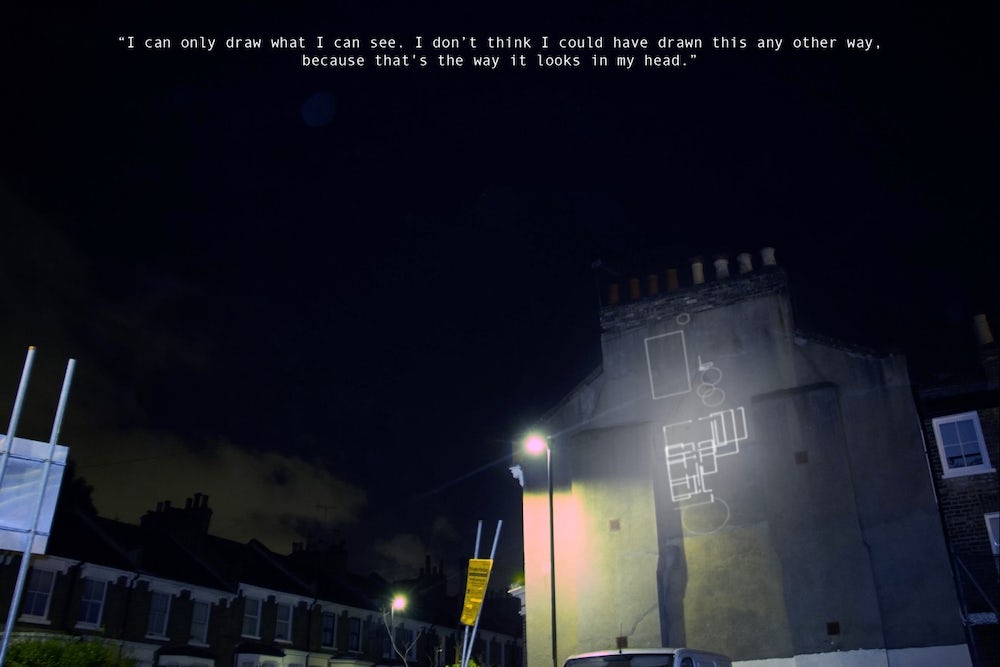