My aim for this project is to explore five diverse locations in London; Kentish Town, King Cross, South Kensington, Wimbledon and Shoreditch. The locations I have selected are places I travel to on a regular basis while commuting to work, where I carry out my personal project, the university, favorite neighbourhoods and my hometown. I am interested in researching the popular trends and differentials within these areas at specific times of the day/evening. I will analyse the data I collect with a keen interest to compare the number of youth and older population often around throughout the week with an aim to record this data at four specific time slots between the hours of 9AM to 9PM.

Through a series of photographs, the project mediates the relationship between the chosen locations, people walking in and out of the underground stations and those in close proximity. The photographs demonstrate a John Baldessari aesthetics, deploying coloured dots onto people's faces to classify each category; representing elderly people over the age of 65, the average age and young people under the age of 18. This technique reflects the relationship between the individuals and the location through identifying population age groups at four specific times throughout the day at five separate locations.

I have also used the style of John Baldersseri to cover the stations' facades with a colour to enable the identification of how the borough is represented: For example, Wimbledon station has historical Victorian architecture which is reflected throughout Wimbledon area. Shoreditch has contemporary aesthetics and is also represented in the architecture within that neighbourhood. 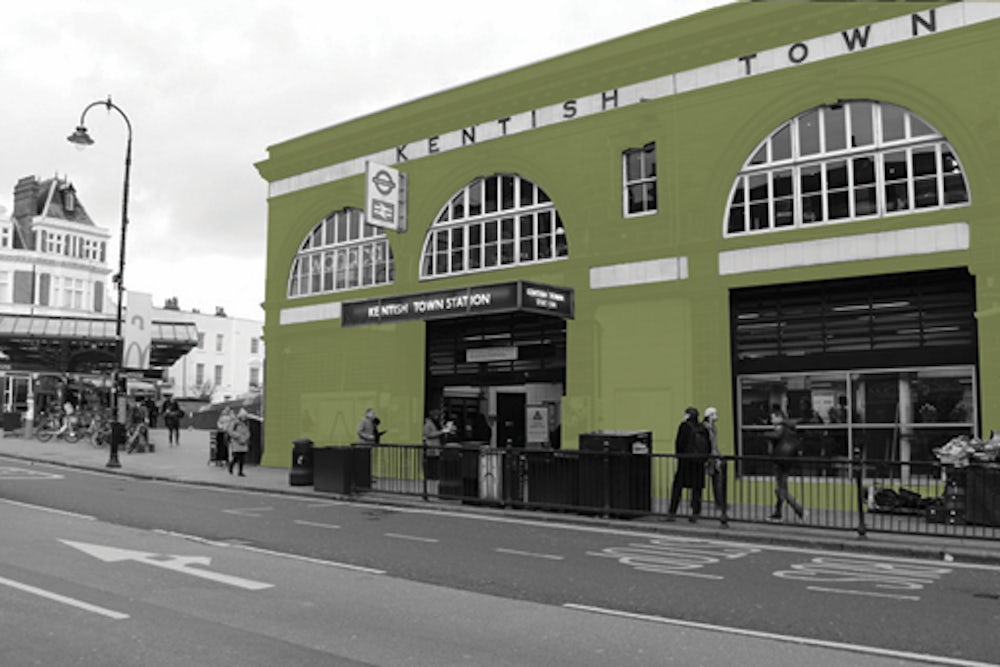 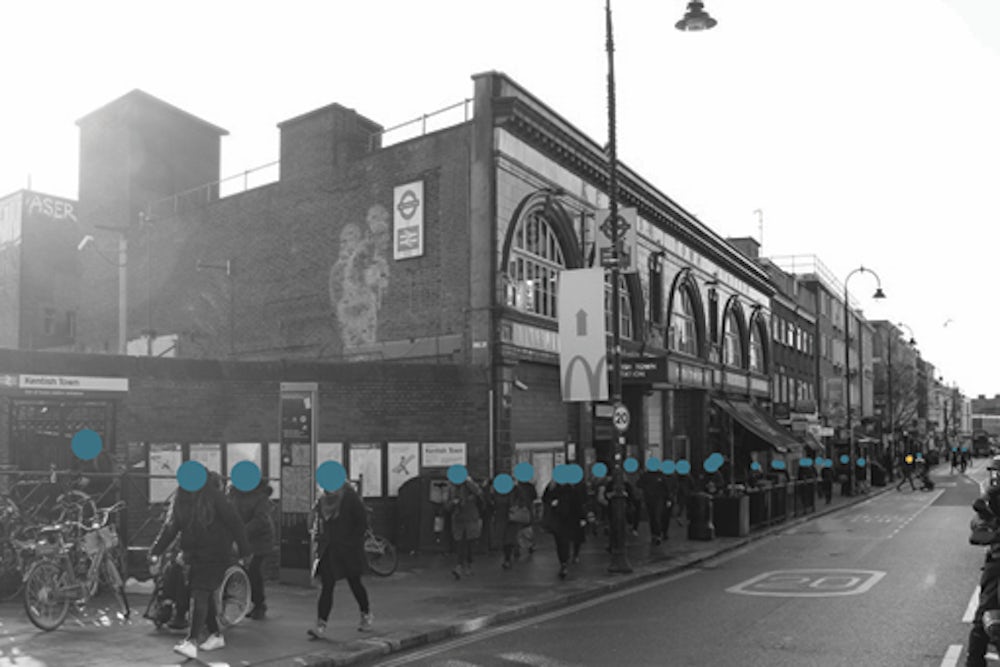 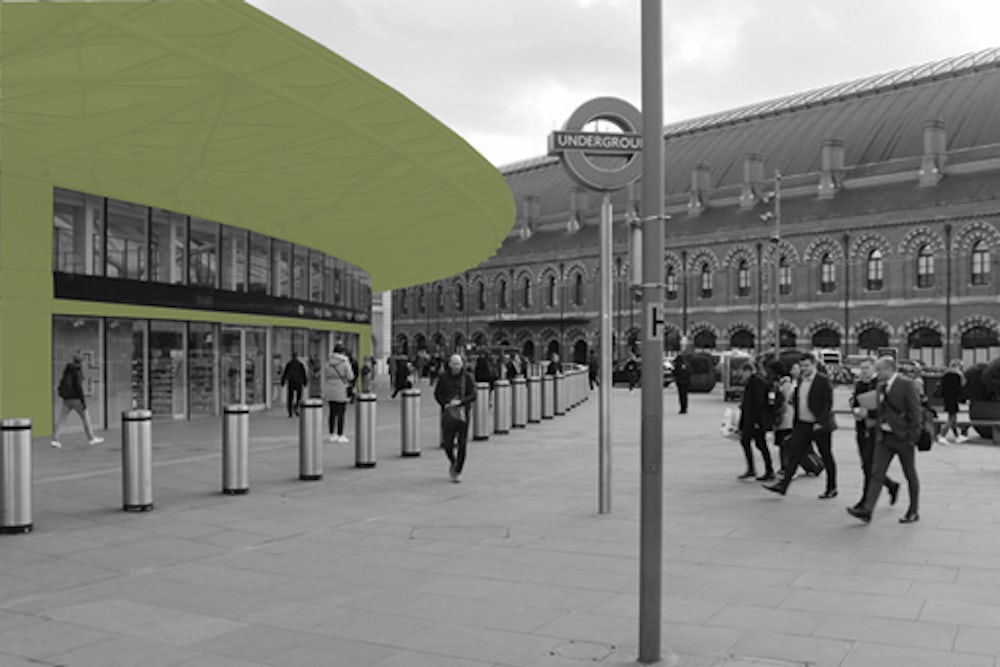 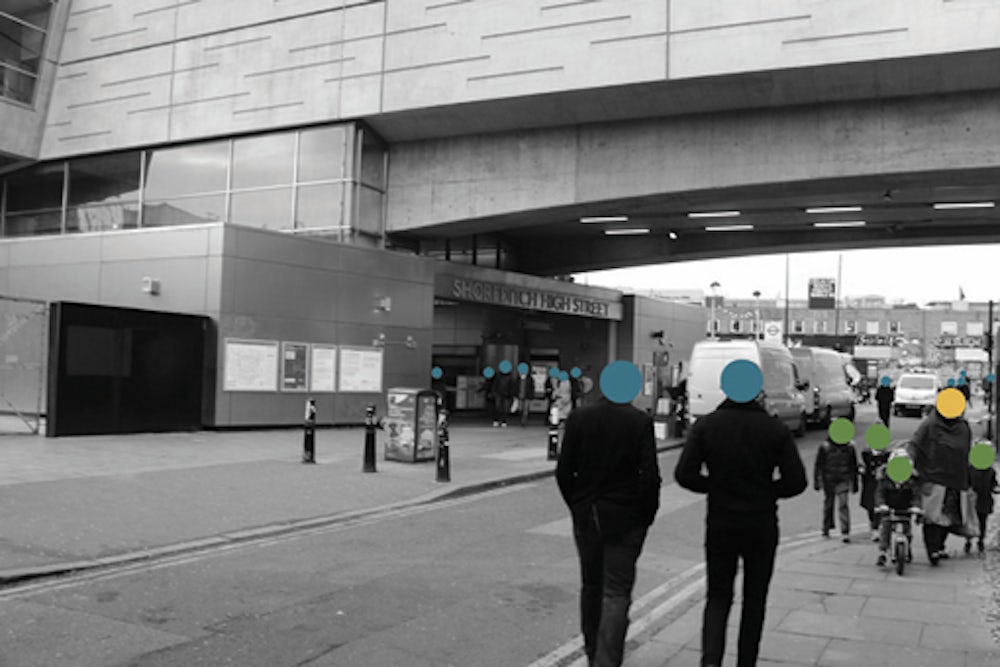 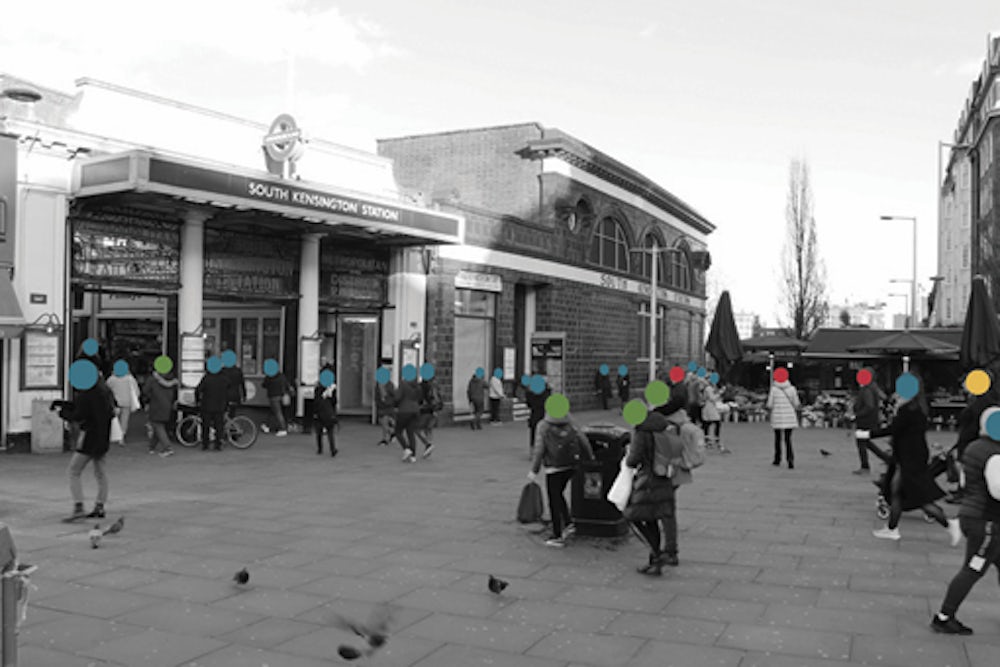 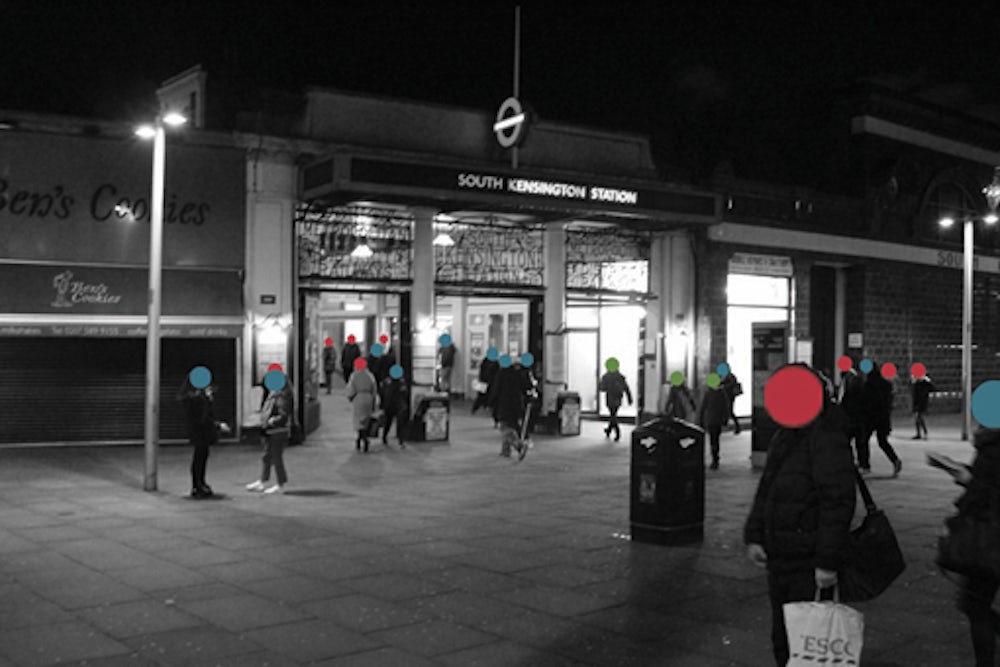 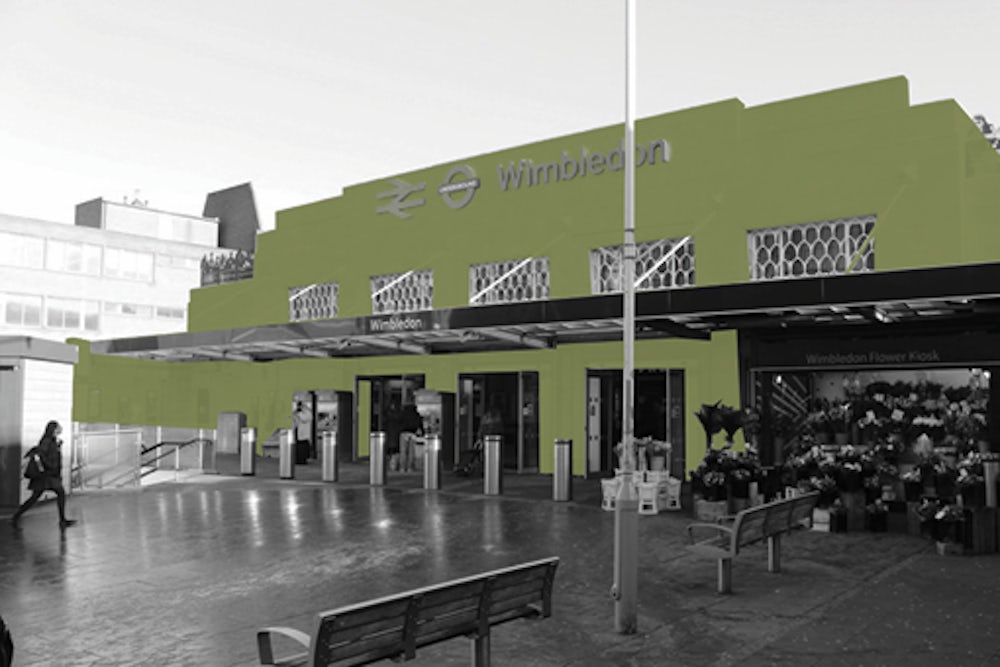 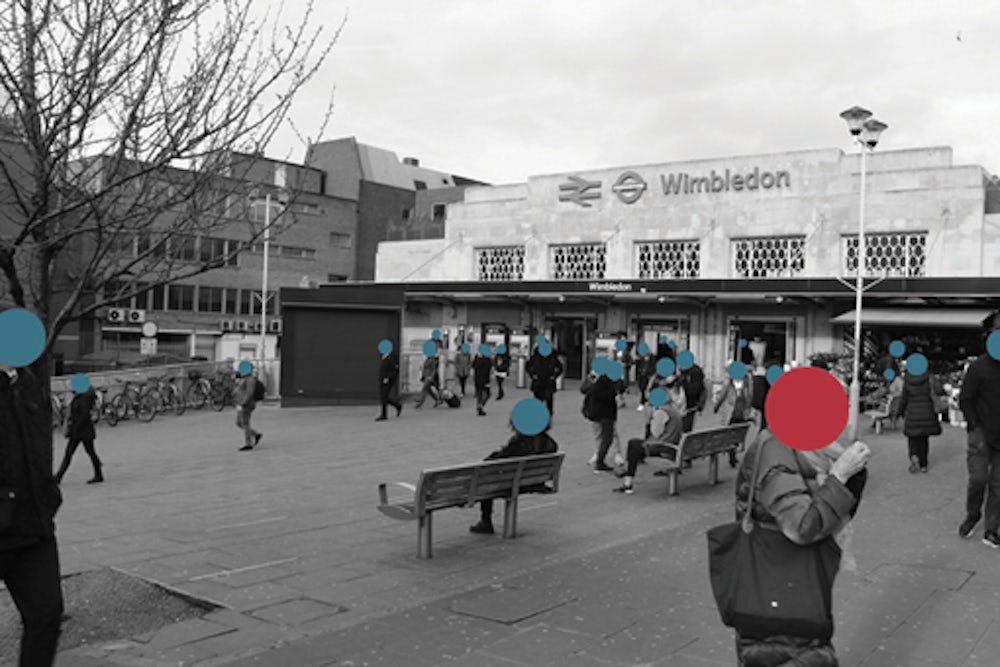