Through an ongoing engagement with local media, I have attempted to distill the voice and position of the North and the South in the UK; in order to understand the similarities or differences in these geographic and culturally distinct locations. Asking what is reinforcing the rhetoric of difference?

In scouring through comparable newspaper articles, my readings of the language, themes, tone and presentation of seemingly identical topics exposes the different approaches taken by the two media outlets. Whilst cataloguing and categorising these variations, the two references are physically amalgamated into a woven artefact - which references the textile heritage personal to my own upbringing - whilst confronting the idea of the divide in a wider context.

The passages of the reports are transformed into the physical warp and weft of the weaving, enmeshing the two factions together, whilst the laborious act of weaving - of sitting at the loom - synthesises these discrepancies into the cloth produced. Though the final piece is an attempt to objectively aestheticise the positions taken by the two newspapers, the fabric of the weaving will be impregnated with my own inherent subjectivity - to suggest a total lack of bias would be a falsification, and a disservice to my lived experience. 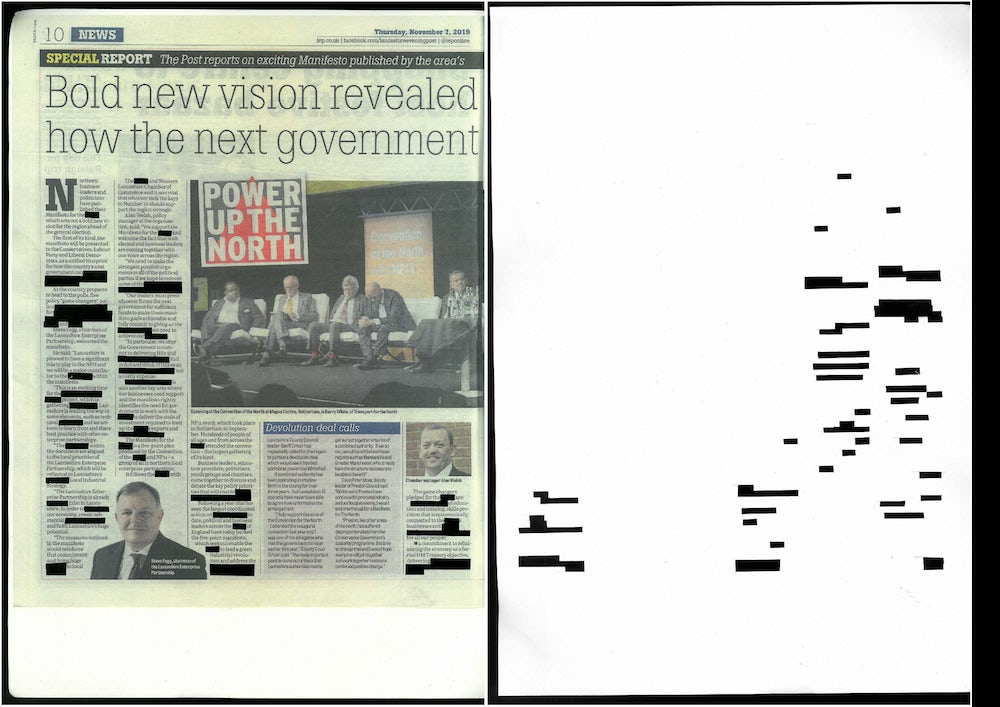 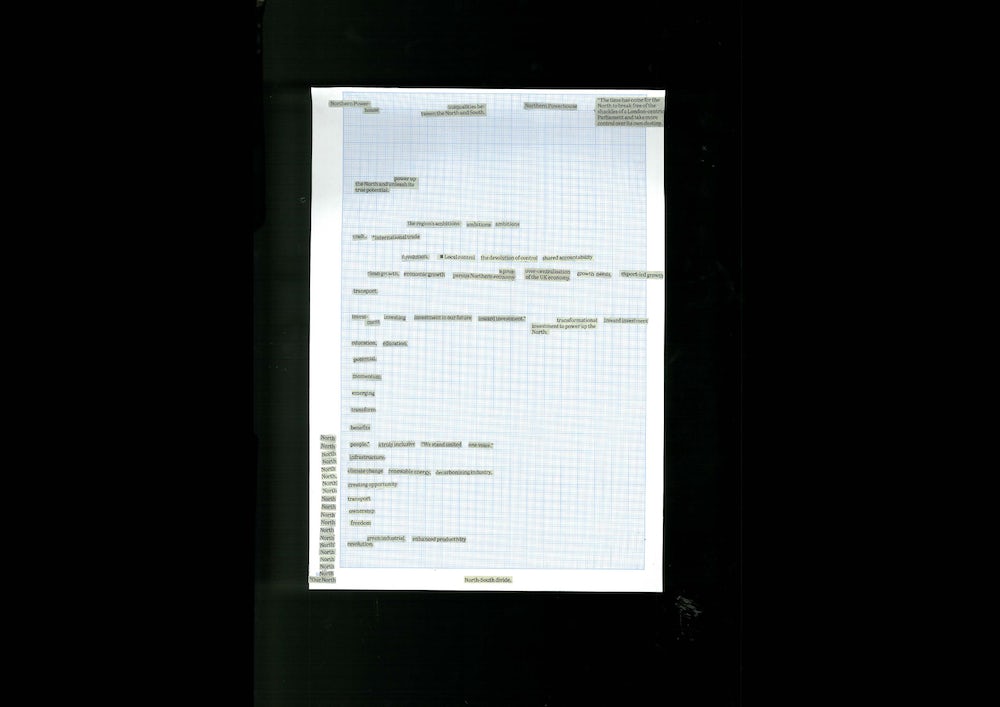