When elderly people reminisce about their past many of their memories are still vivid in their minds, as are the feelings of love and affection they hold for their family. Such feelings tend to simultaneously show, both, people’s commonness and their individuality. Similar to the notion of ‘identity’ it is something both unique to ourselves and that which we share with others, which often leads us to think about the ways in which we are connected to other people.

The memories, just like one’s hair, are deeply rooted… The hair sheds, and gradually turns white as we grow older, intuitively reflecting the passing of time. The hair, itself, has multiple meanings. On the one hand, the hair follicle contains cellular material rich in DNA, which is not just a ‘signature’ of personal identity, but also as a symbol of consanguinity. On the other hand, according to an ancient Chinese marriage custom, when a husband and wife get married, they each take a lock of hair, and tie the locks into a knot. The knot is a symbol of eternal love and is meant to give the couple a long and happy life together.

The main character in my story is my grandmother, who chose six most important periods in her life: birth/childhood, work, marriage, motherhood, becoming a grandmother and her later years, which she gets to enjoy in peace and tranquillity. Following her narrative, I used the hair to combine various photos from these periods, and I used different methods to express the relationship between her and other people in the photographs. 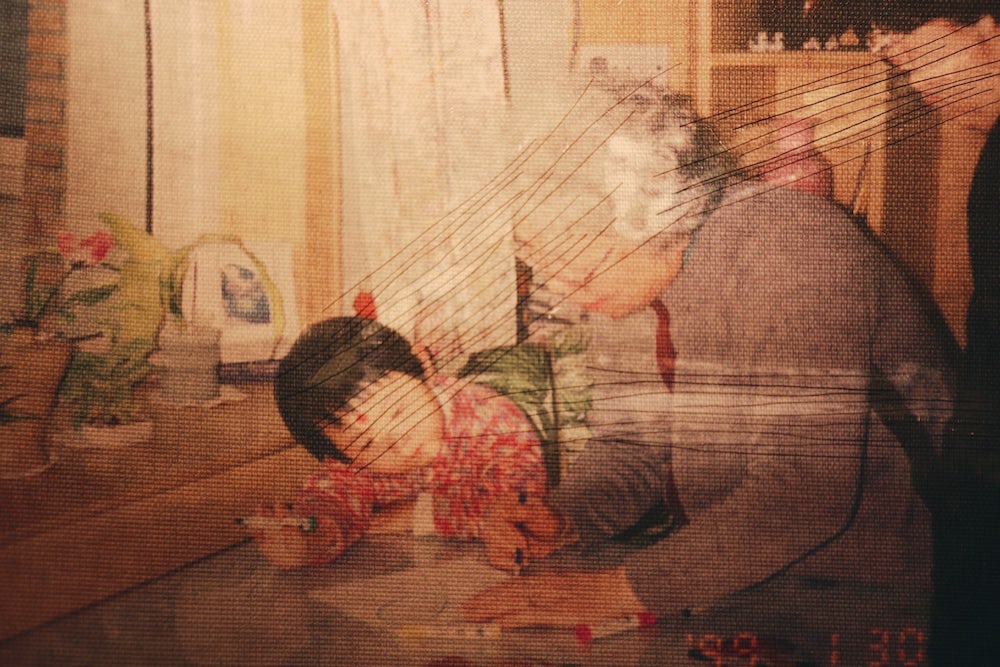