The Hong Kong Demonstrations are a series of political moments that took place in various urban spaces. Each moment has its unique context, with different actors, varying interactions with the built environment and media participation. The political movement is not limited to demonstrations, but also assemblies, media propaganda, blockades and attacks etc.

Different spatial scenarios in the city acted like a stage for the interplay of different actors such as protestors, citizens, government, police, triads, reporters etc. The appearances, clashes and motions among all the actors are there to build up the conflicts.

Three moments were chosen to divulge the reasons how the movement escalated to the current extent. Each case fills in each other by adding insights to the entire political environment. Each place has its significance within the entire movement and introduces different participants and their values. Through collating the spatial records and human movement from images, texts and videos, and rearranging them to reveal the larger play of events, the project aims to reveal a different perspective of Hong Kong in 2019.

I chose to recreate the events through an animated series of the interactions, formatting my presentation so that it could stimulate the audience through including real conversations, emotions and choices of the actors, bringing a sense of involvement to the project. The entire video is formulated like a game. The player could have a chance to select their character which speculates a different storyline for each.

Each event is customised as a level to the game. 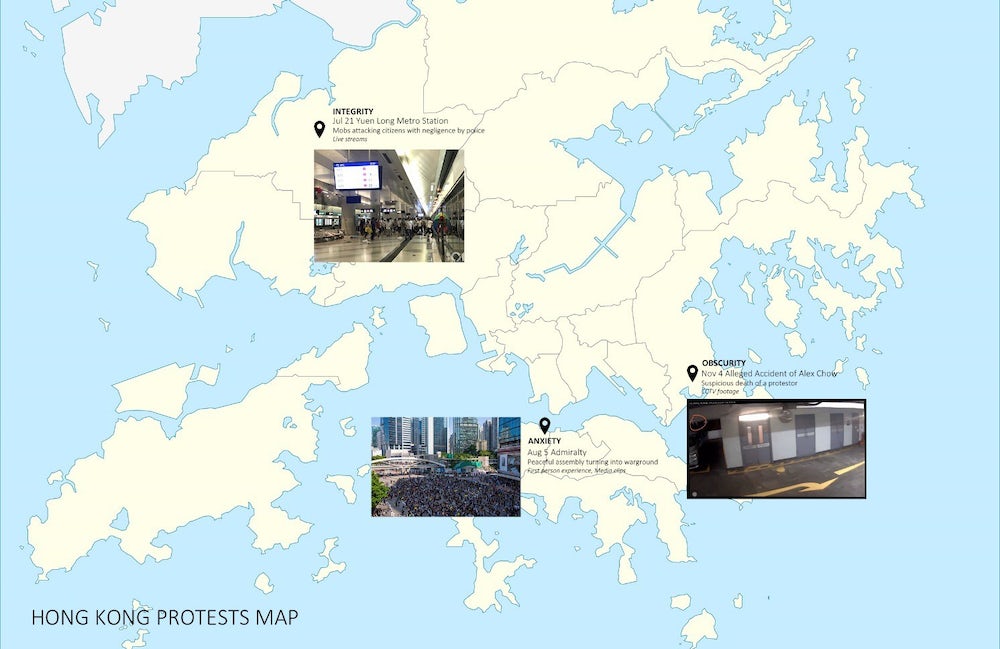 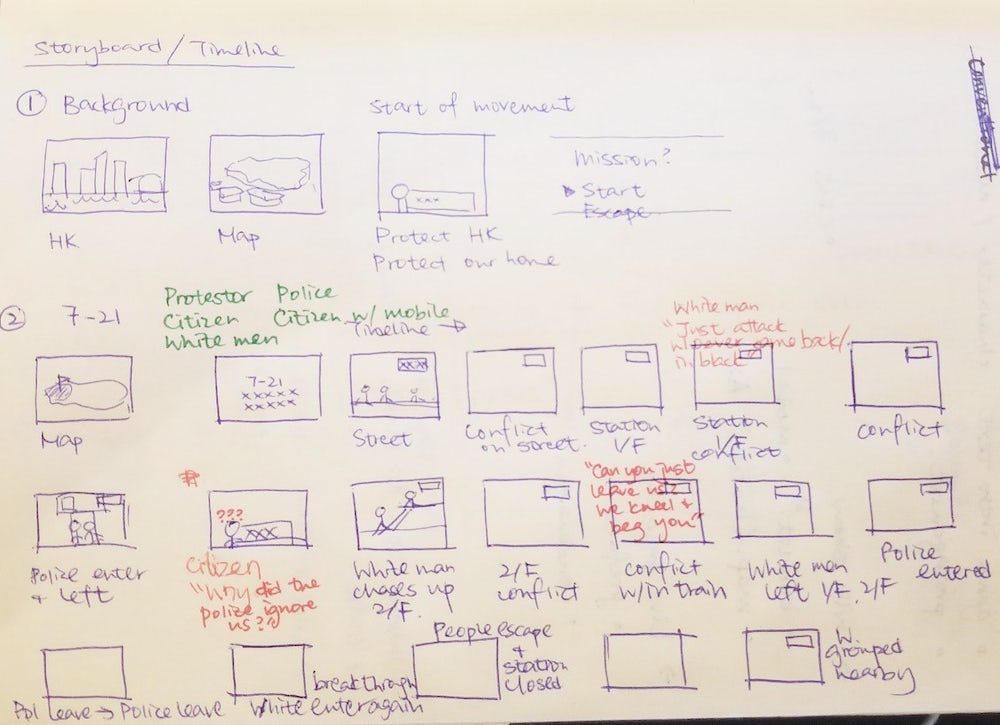 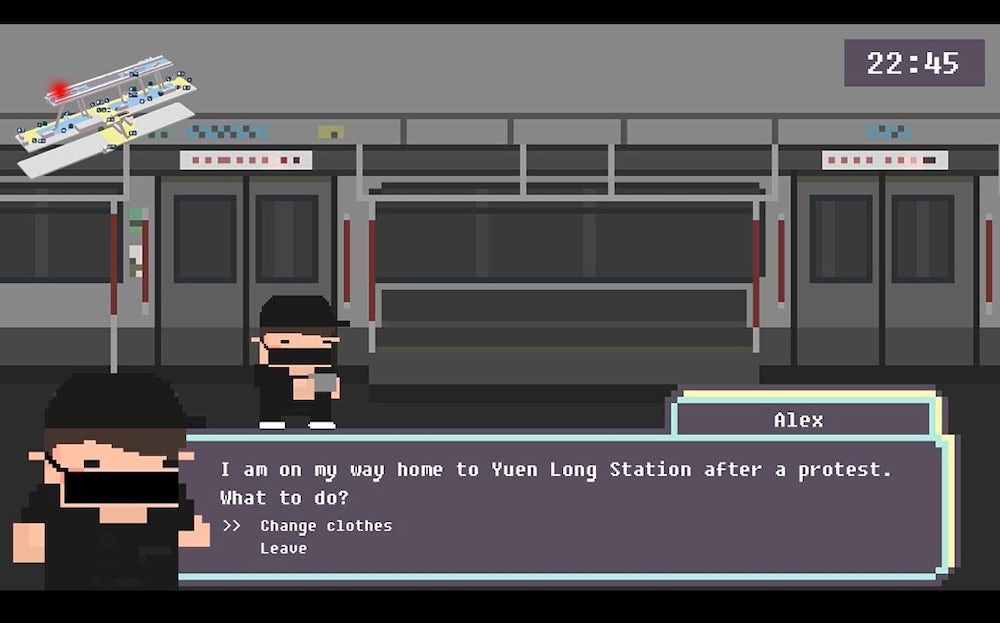