As a small and relatively new country post-USSR Latvia has always lavished itself with nationalist praise and tales of glory. However, the rise in nationalism has come with the rise in extreme right wing politics as well as xenophobia, particularly aimed at the now ethnic minority Russians. This has created a gap between the ethnic Latvians and Russian Latvians on issues related to contested ideologies and cultures. These scars assert themselves in politics as well as in monuments across the city of Riga. I explore these differences through two monumental sites in Riga.

The Freedom Monument was erected in 1935 at the first period of an independent Latvia. On the opposite shore of Riga’s main river Daugava, sits the Victory Memorial to Soviet Army built in 1985 for the memory of the victorious communist USSR in the II World War. Both monuments represent soldiers and lives lost, glorifying war, bearing victorious stars and use the figure of the female as the mother country.

My project documents these monuments side by side through a Zenit USSR camera. By placing them in conjunction with each other I aimed to expose the symbolic meaning and underline comparable politics of both. As a personal response to these images I have created an ‘extension’ mural. By using relatively simple and contemporary methods of production I have created a cast plank, mimicking the once precious and highly expensive stone carving creating a sculptural response to these histories non-written. The piece brings together Riga, the flag and the woman of the monuments, representing a city which benefits from its diversity in symbiosis not conflict. 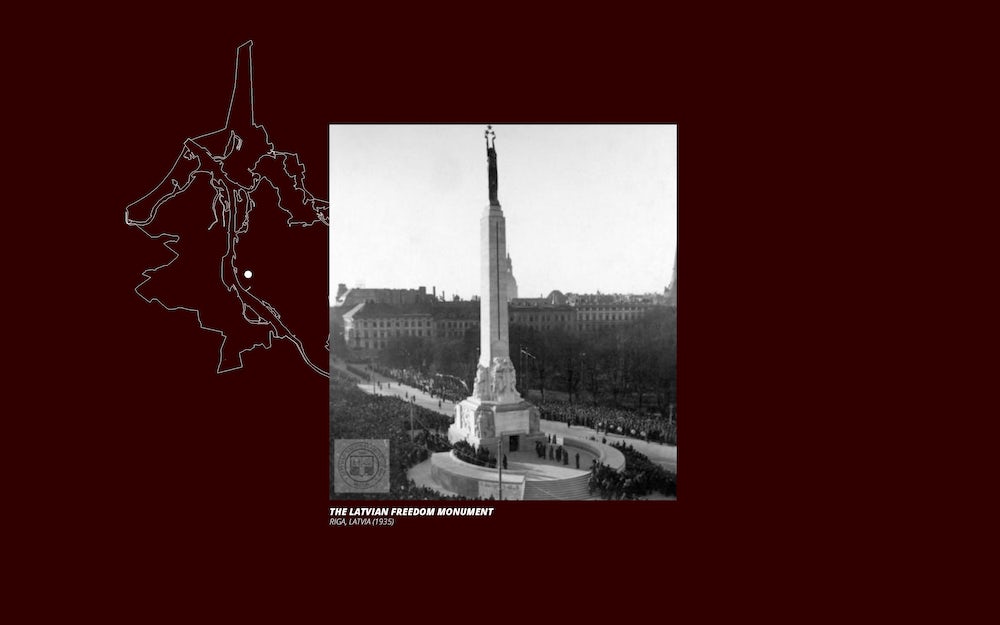 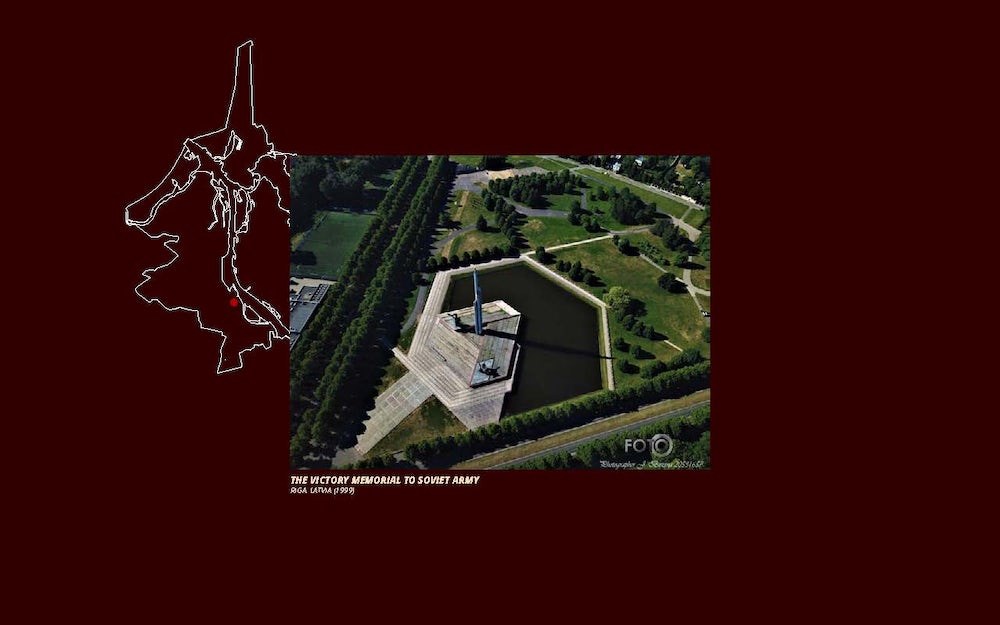 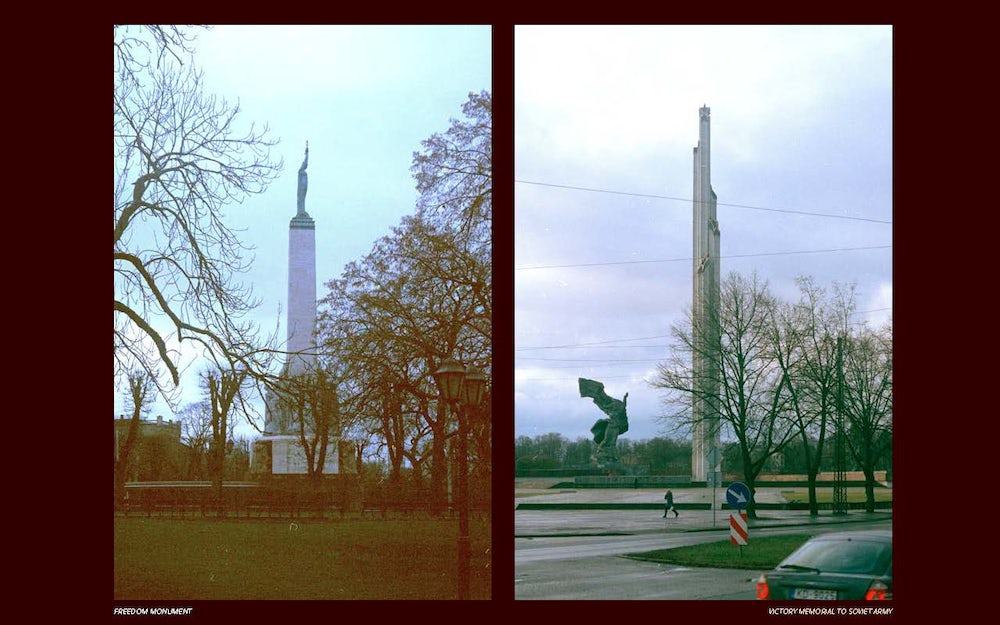 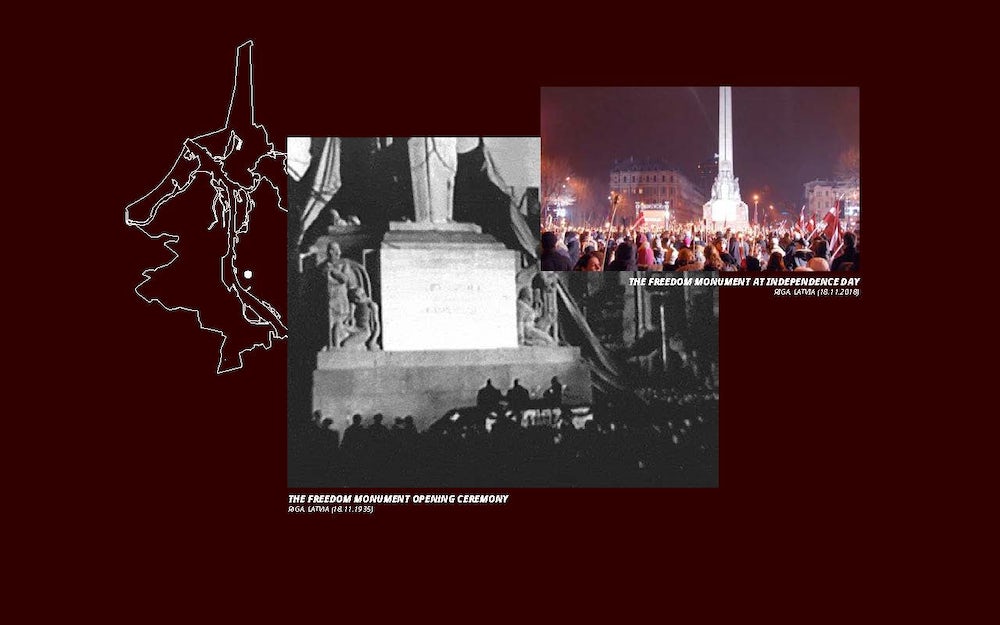 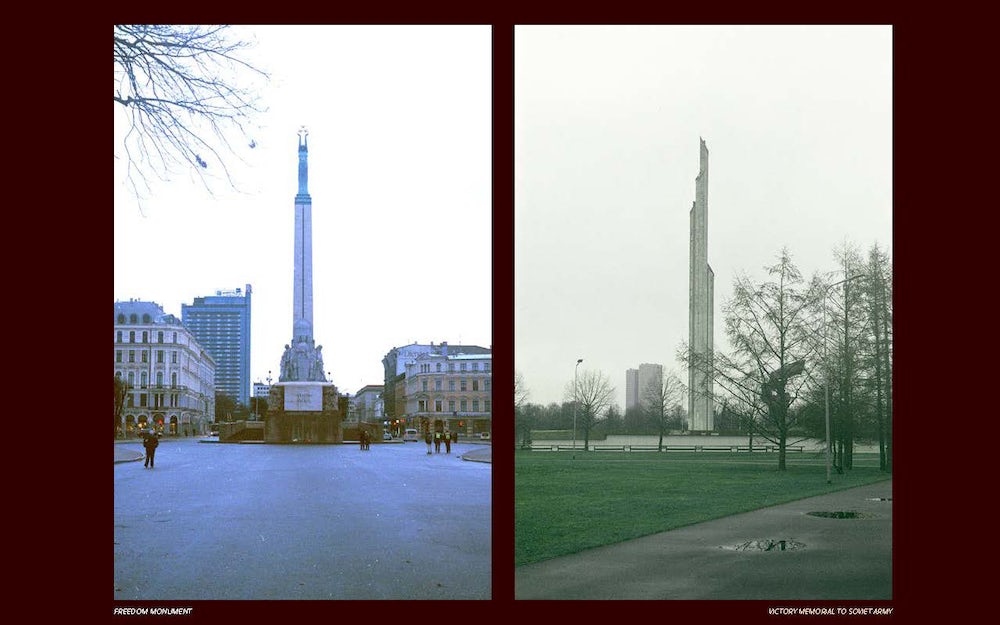 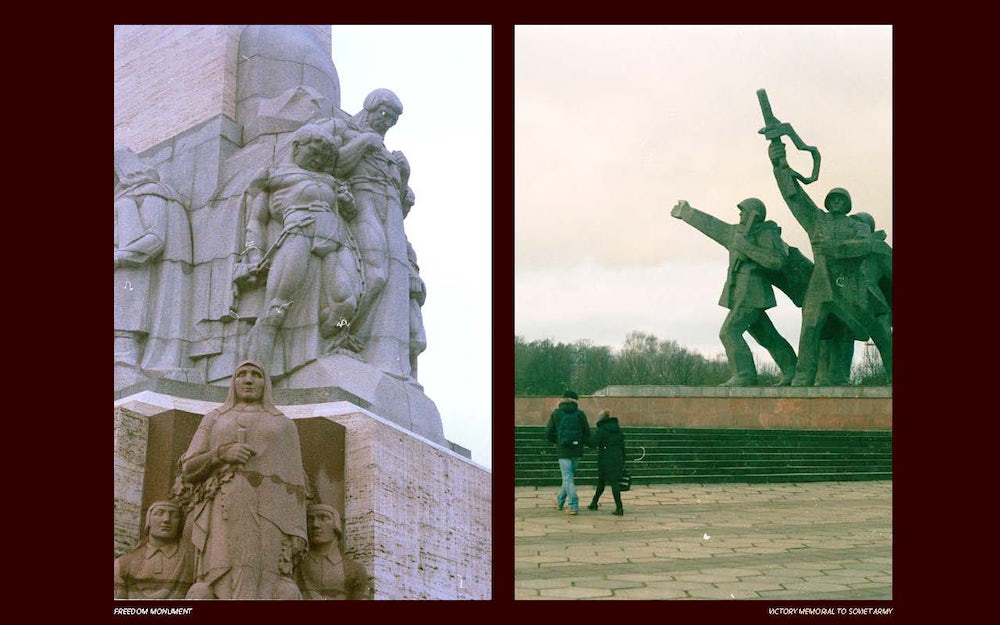 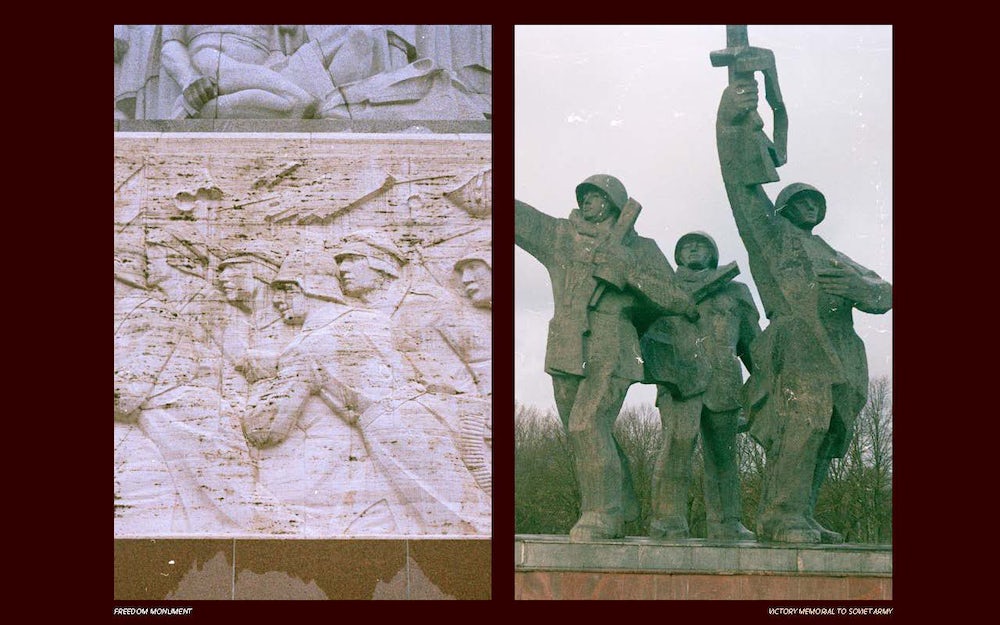 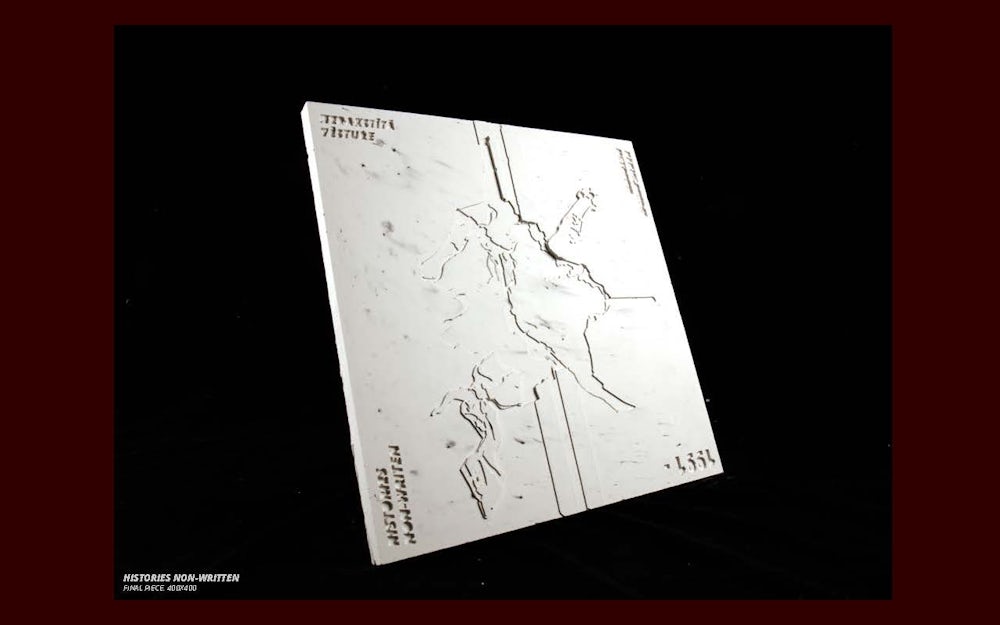