A circular economy for food mimics natural systems of regeneration so that waste does not exist, but is instead feedstock for another cycle. Food sovereignty allows communities to control the way food is produced, traded and consumed. Highlighting the relationship between food and trade, is a way of encouraging more transparent and diverse options for buying, selling and transporting food.

Supermarket shelves are lined with fruits and vegetables from all over the world. They do not convey the complex encounters of the single fruit. Its journey, halfway across the globe is lost in its new scenery - the supermarket. Evidence that 33 people have already handled it is not visible anymore.

To trace the global journey of certain fruit, I created a passport for them to explore the complexity of food exportation process. The passport has a traditional booklet format with an identity number, species and place of origin. Alongside this, I conducted a series of experiments to investigate what would happen if I left fruit (without refrigeration or packaging) for the duration of its usual travel time. I made silicon moulds from the decaying fruit, and then cast it in plaster. This created decay preserved models of the fruit. This project is a comment on the temporal nature of fruit, investigating ways to make the supply chain more visible, and through this, to question the collective choices that we make in what we eat as individuals, communities and organisations. 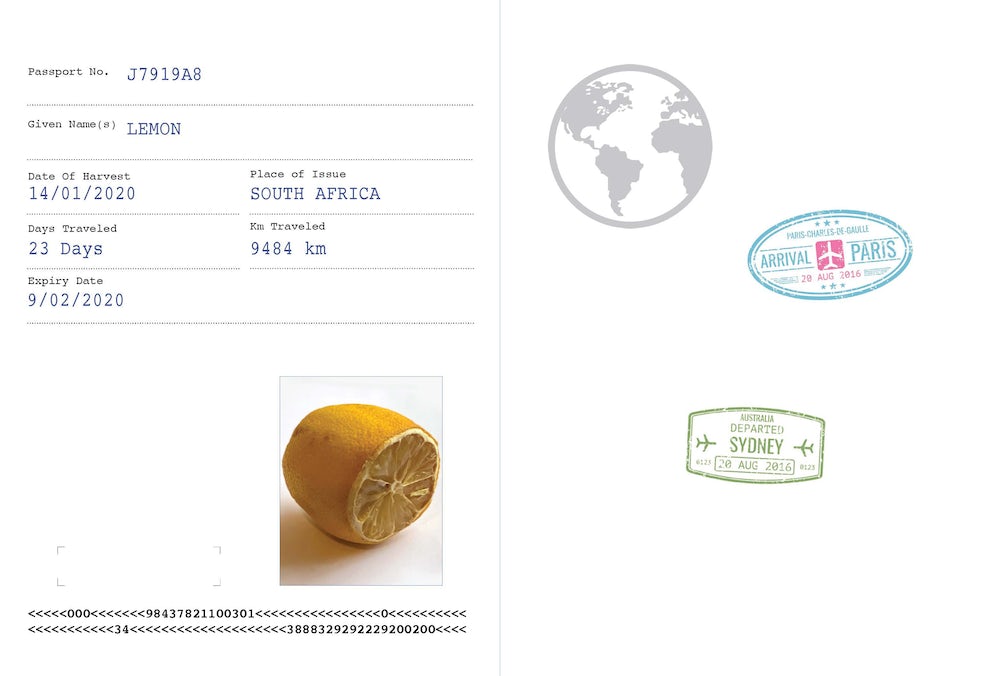 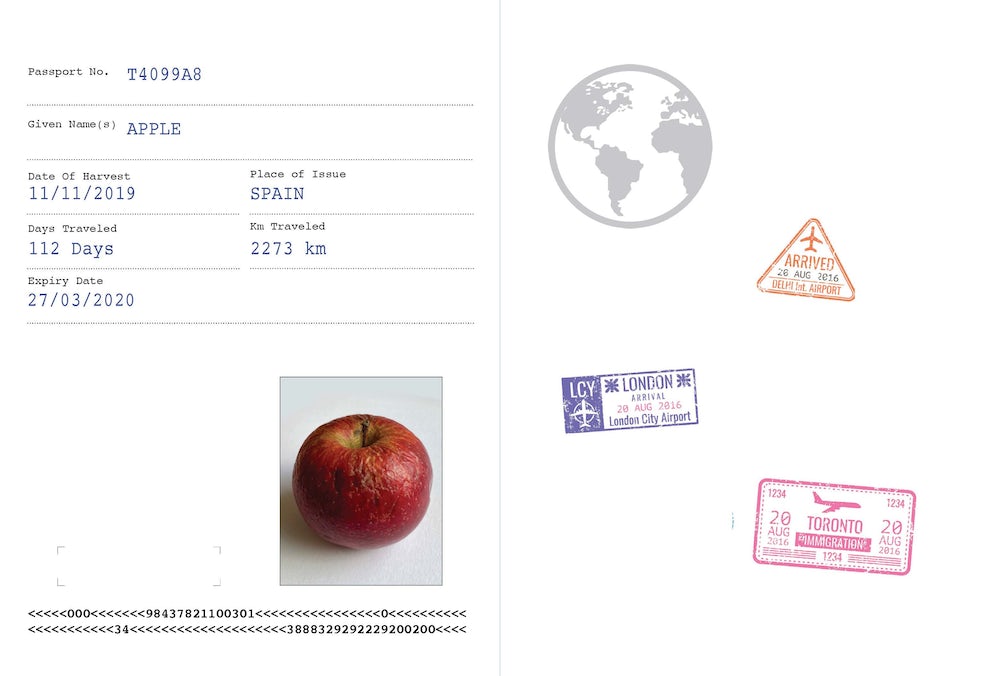