A biological annihilation of wildlife in recent decades is the sixth mass extinction in Earth's history and is more severe than previously calculated, according to research. The study, published in the peer-reviewed journal Proceedings of the National Academy of Sciences, eschews the normally sober tone of scientific papers and calls the massive loss of wildlife a "biological annihilation" that represents a "frightening assault on the foundations of human civilization". "The resulting biological annihilation obviously will have serious ecological, economic and social consequences. Humanity will eventually pay a very high price for the decimation of the only assemblage of life that we know of in the universe."

To conserve these lovely nature spirits and then protect human civilization, much relevant research is ongoing, accompanied by various published articles and dissertations; while shocking statistics are collected, reported, put online and allowed free access every year. However, the public rarely browses these websites or reads through those boring and elusive scientific data, takes any actions or participates in any relevant activities to protect the environment or help the information collection. The reason is not only the lack of relevant awareness in public but also missing attractive platforms to make knowledge and statistics acceptable and interesting.

To respond to the current problem of the lack of visually appealing platforms that attract the public to learn more and participate more about species conservation, my project would design an interactive and collective website, to hand in knowledge as well as to promote participation. Correspondingly, the website's main body consists of two segments: knowledge and participation. Several ideas are used to achieve these two purposes:

This project focuses on only one species, which is a songbird called evening Grosbeak mainly being distributed in North America with an obvious decreasing trend during this decade. But it has the potential to develop as a database for more species in the future. With this project I tried to mediate rigid scientific data to a public-friendly visual language and the transformation. It establishes the bridges between the scientist, the public and visual language to help increase conservation awareness in an active approach. 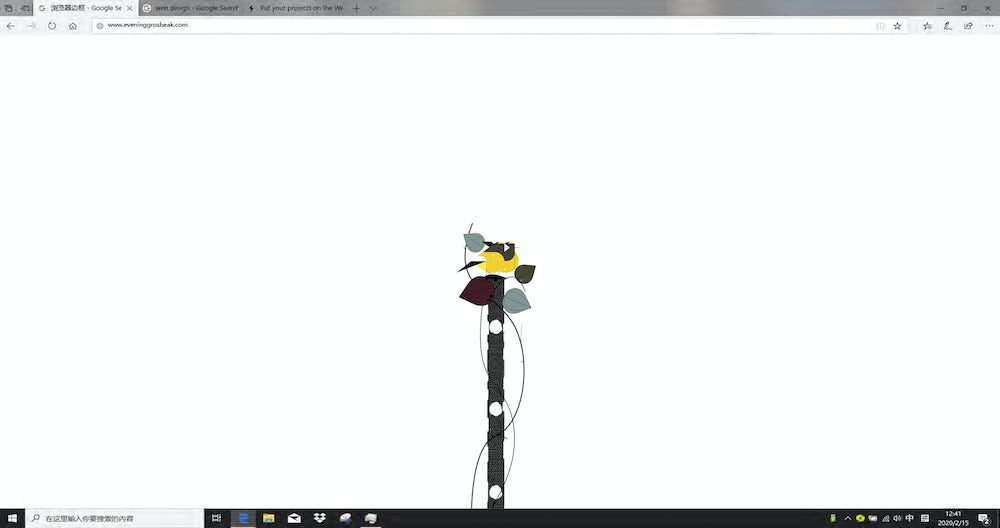 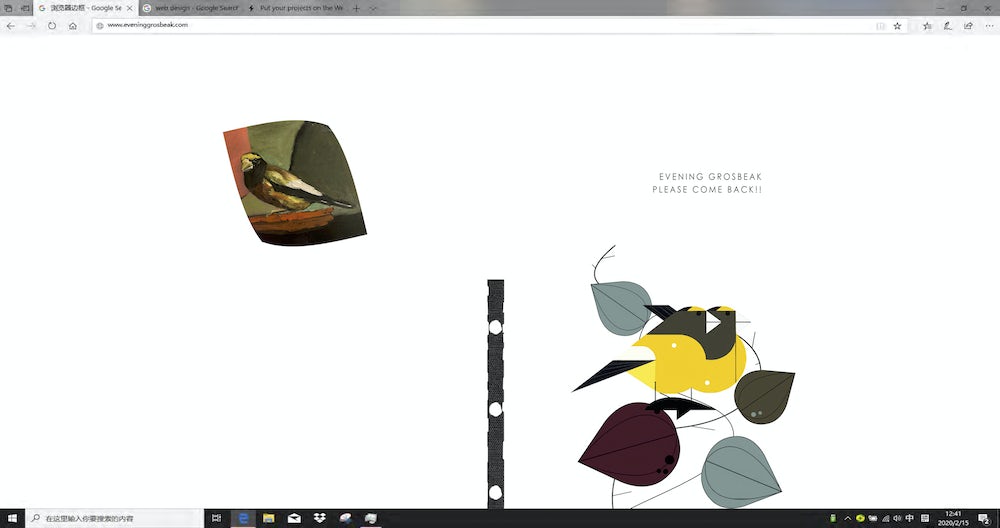 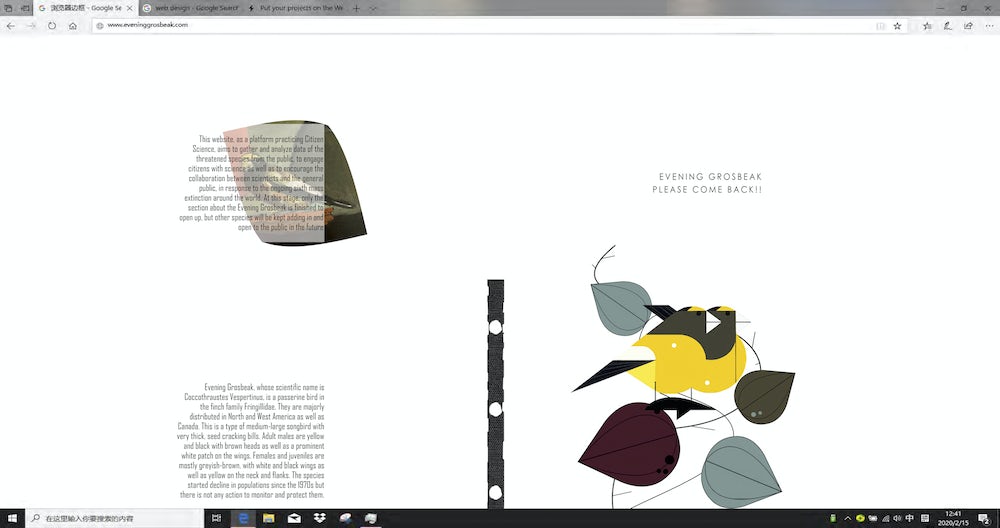 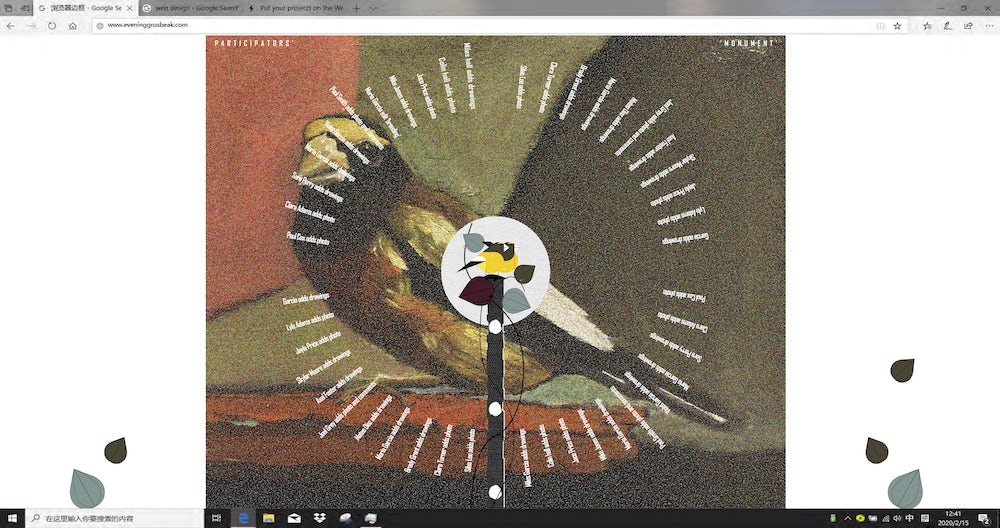 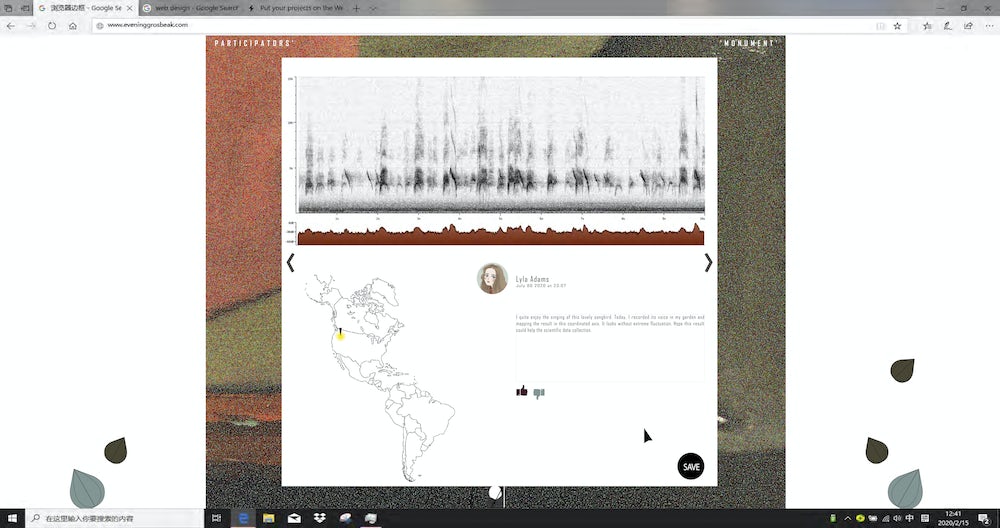 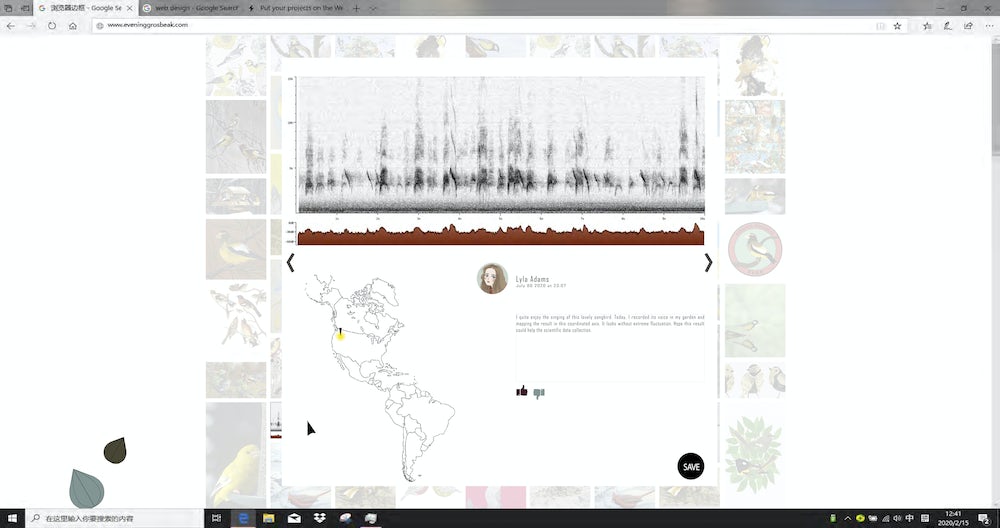 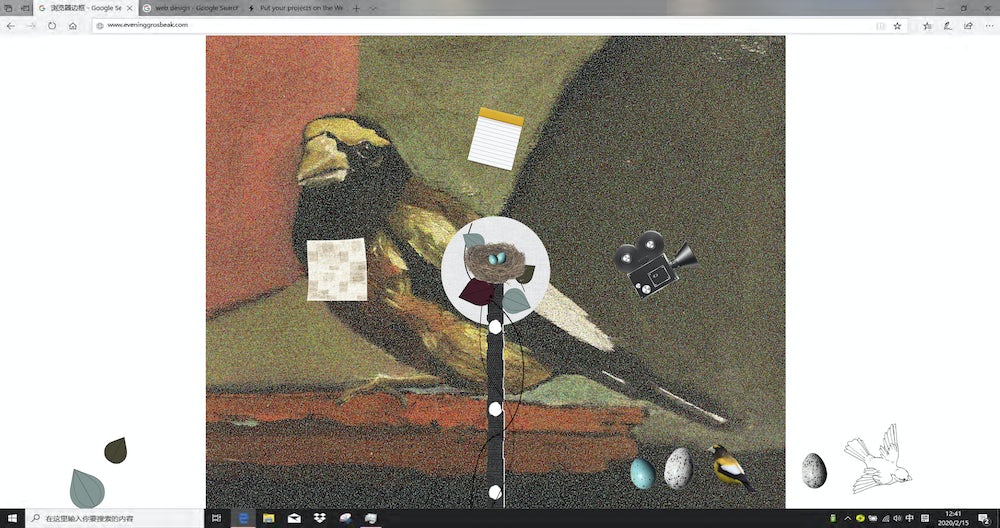 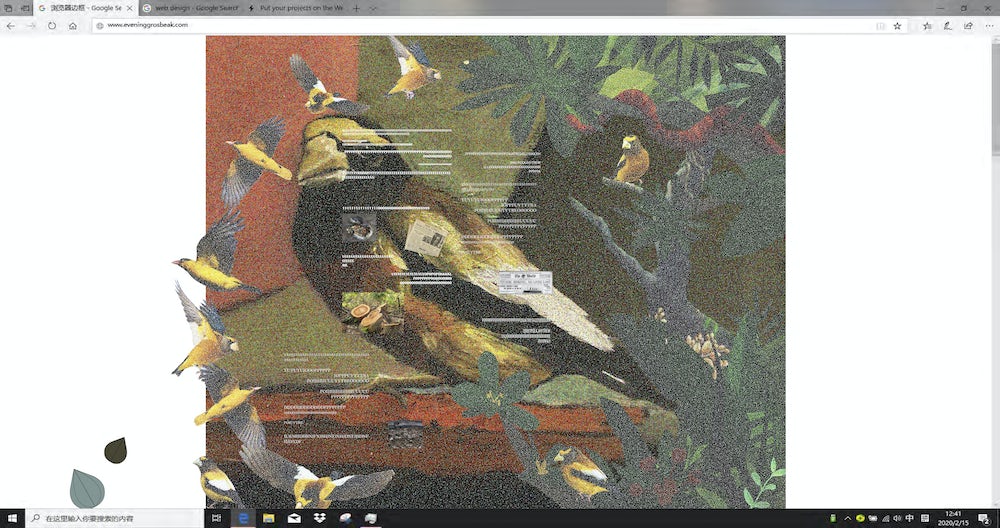