Growing up under reckless urban development as a child, in this work I took stories from my diary. I was not interested in making my childhood disappear. The title represents our present state of affairs. 'Indifference', which disappears in the city and expresses our indifference in the video. It tells the story of urban development that is blinded by capital and the few groups that try to prevent it. In a non-human city, I described the Pyengsan – the Korean word for integration space - but it is a tiny space in the last sentence of the video. Pyengsan is very personal, but it is a little place where you can embrace the stories of everyone.

In our contemporary world we live with reckless development. Urbanization emerges as a way to improve our quality of life and relieve poverty. But the modern city is developed as a tool for capitalist logic, not for us humans. The history of the individual in the city is completely ignored. We care about our work. Our indifference makes us disappear without reaching out to other people to fight. I am alert to this: Our 'detachment' and 'indifference', discriminatory plans of government and businesses, and the absurdity in it all. I try to make a little propaganda about vanishing in the city.

The work is a video with subtitles. The video diary was created by taking out my memories growing up in a large-scale urban development in Korea. One of several images in the middle shows a North Korean poster depicting social consciousness opposed to South Korea. Video work has been used to enable infinite expression, and I bring the materials used in my everyday life from my grandmother's house and try to draw the drawings I first found during the urbanization period through materials. 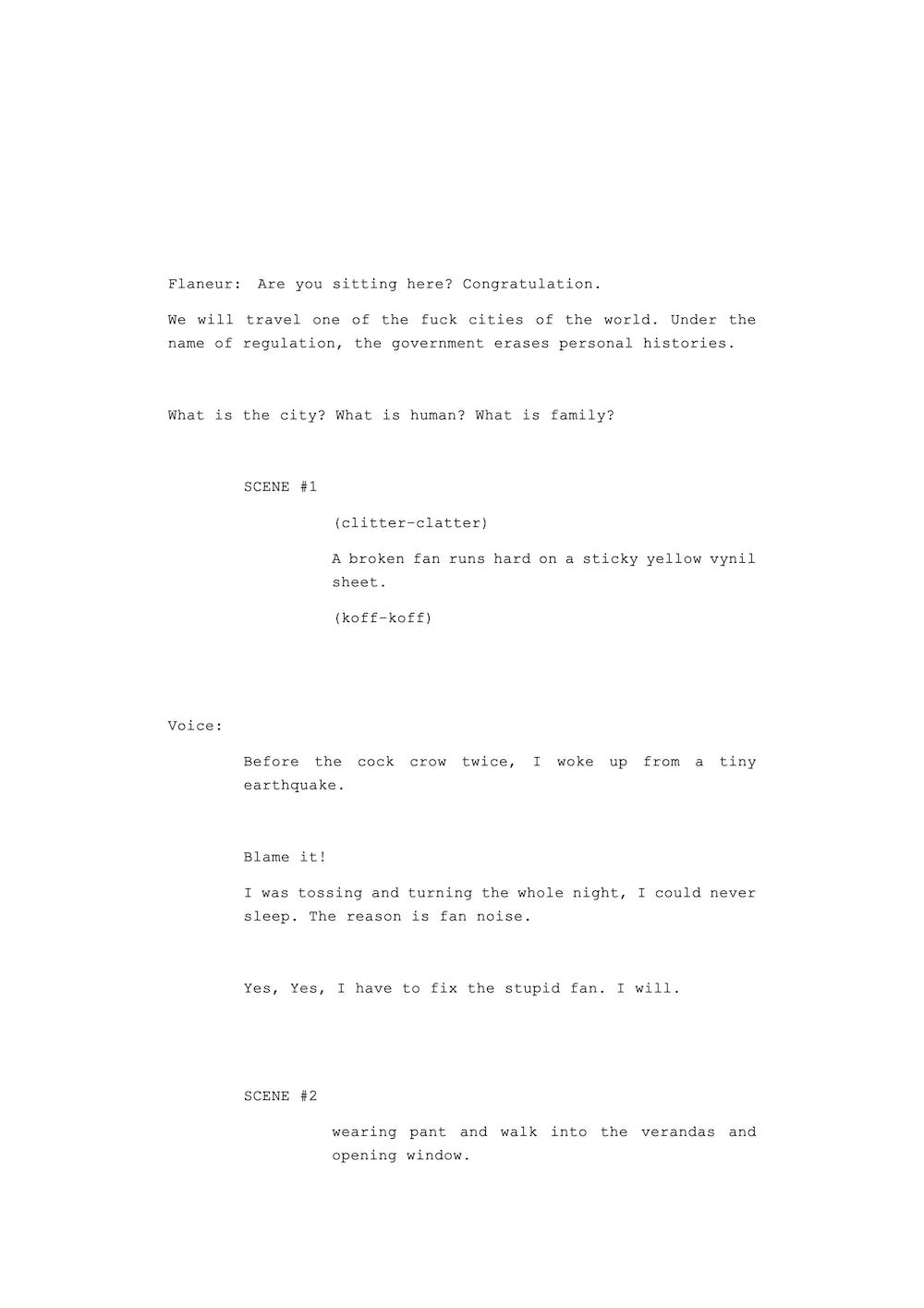