After moving into the United Kingdom at a young age, my life revolved around my wish to become part of this culture. As a result, I was favouring what the British loved despite my own preference. In this case: salt and vinegar flavoured crisps. Through this unusual medium, the project begins to explore my own experience with social anxiety as an outsider and the cultural connotations of crisps.

On 31 January 2020, the UK formally left the European Union and half of the nation was left feeling apprehensive. Understanding crisps as an essential part of ‘Britishness’, I invited Londoners to a local pub to fold packets of crisps in an attempt to deal with the social anxiety of being British.The group relies on informal interaction through the folding activity. In this project, crisps act as a mediator for creating social space. 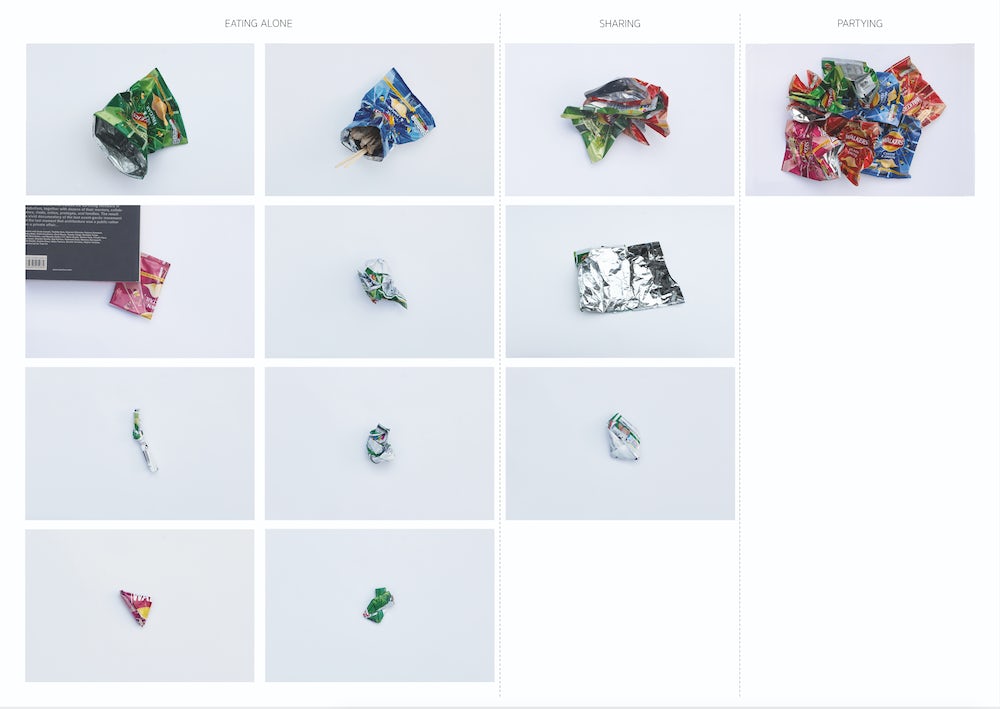