”Today, instead, they’re gonna tart it all up and then sell it off. (...) If people in social housing almost inevitably are old or have children this is not a suitable place, whereas young people who want to live in a brutalist classic... It was certainly all here for them, those concrete fetishists.” - Kathrine Hibbert, Balfron Tower resident

To regard the inner city estate as a place to roam free, a place where it would be easy for its inhabitants to connect with each other, is at odds with how the estate functions. Young professionals, who nowadays rent former ‘right to buy’ flats, live next door to the first-time social renters, who have been living there since the estate was first built. The walls of the estate, with their sharp geometry and rough shapes, are now used as photoshoot backdrops, as film sets, and in trendy architectural photography. Estates are confronted with the arrival of concrete fetishists, fashionable clean shapes and brutalism. There is also a new vision that gets projected onto what a contemporary Estate is, or what it should be, as prescribed by architects, developers, and urban planners. The housing estate ‘of today’ presents itself with seemingly ‘open doors’. Yet, has the ‘Estate neighbourhood’ become an unstable structure that has started to crumble? Would that be the case due to the use of a reductive term ‘Estate’, which is meant to summarise, yet never refer to an individual identity of each house?

The De Beauvoir Estate in Hackney (bordering Islington) seemingly hasn’t changed much since the late 1960s. However, it is now subject to a major redevelopment scheme. It’s a loved backdrop for photoshoots, pop up stores, baby yoga and often used as a film set. This is where the two worlds meet - a new urban generation, and a generation that has spent their lives living on the estate, who know it as their home.

Through collection of physical material, the past of the Estate should be documented. Archival material, newspaper clippings, literature, pictures, drawings, contracts… By merging it together (stacking) I want to create a canvas (scale of doormat) with the message of its history still being there. And even if it might be casted in this new trend of concrete and geometry, it is still part of it, as are the people living there. Privatisation and developers won’t be able to make this invisible if the residents make their names heard or - in fact - seen. Through this, what could even be called an experiment, there might be a glimmer of hope for the co-existence of identities (residents); of the past (archival material) and the present (concrete). 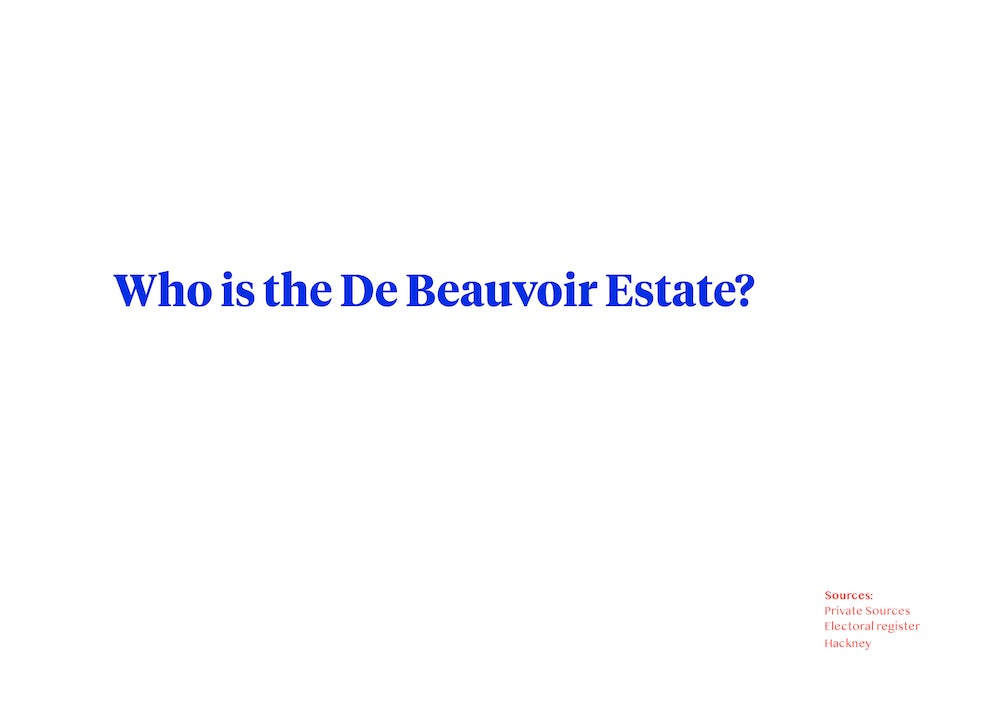 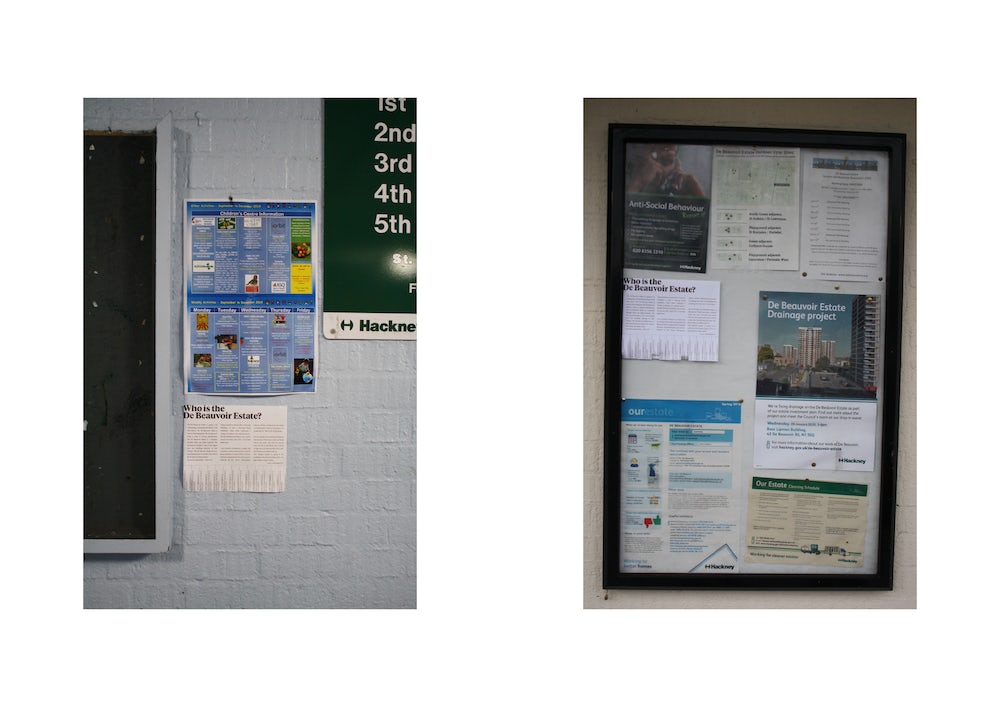 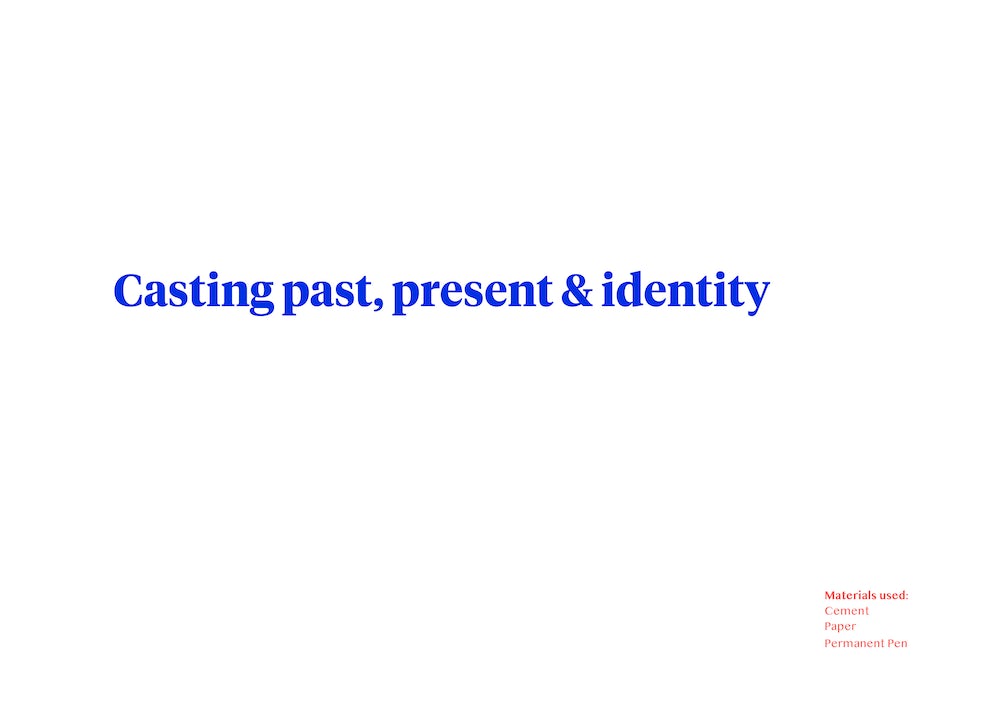 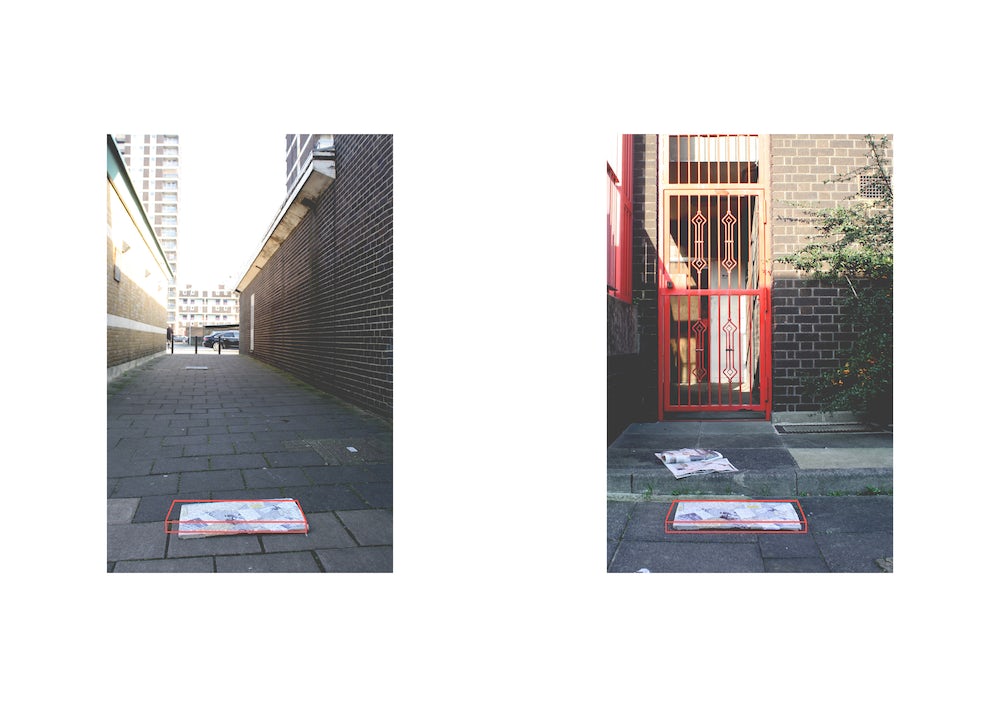