The topic of mediation is addressed by investigating the outcomes of digital replication through photogrammetry and 3d printing, and how the end product compares to the original. When an object is transposed to the digital sphere, its physical metrics are converted to computable algorithms i.e. colour values, point clouds and meshes. The aim for this project is to then qualitatively evaluate how these processes of digital replication can produce a completely different object without deliberate attempts at manipulation.

The object I chose to replicate is an Icelandic Hornfel rock. The intricate markings on this particular specimen, caused by the brown biotite mica deposits, with quartz, feldspar, and aluminium silicates, and its texture make it particularly distinct from all angles. The object was then scanned using the Artec Spider hand-held 3d scanner. The overall size and shape of the resulting printed artefact is nearly identical to the original rock.

On first inspection, the rocks both seem to be of natural origin. The replica appears more like a murky pebble compared to the more striking, high-contrast rock. While the replica does successfully pass off as a rock, it doesn’t bear any of the similar markings that make the original unique and identifiable as the Hornfel. In this case, digital replication produced an object of identical type but of a vastly different classification. 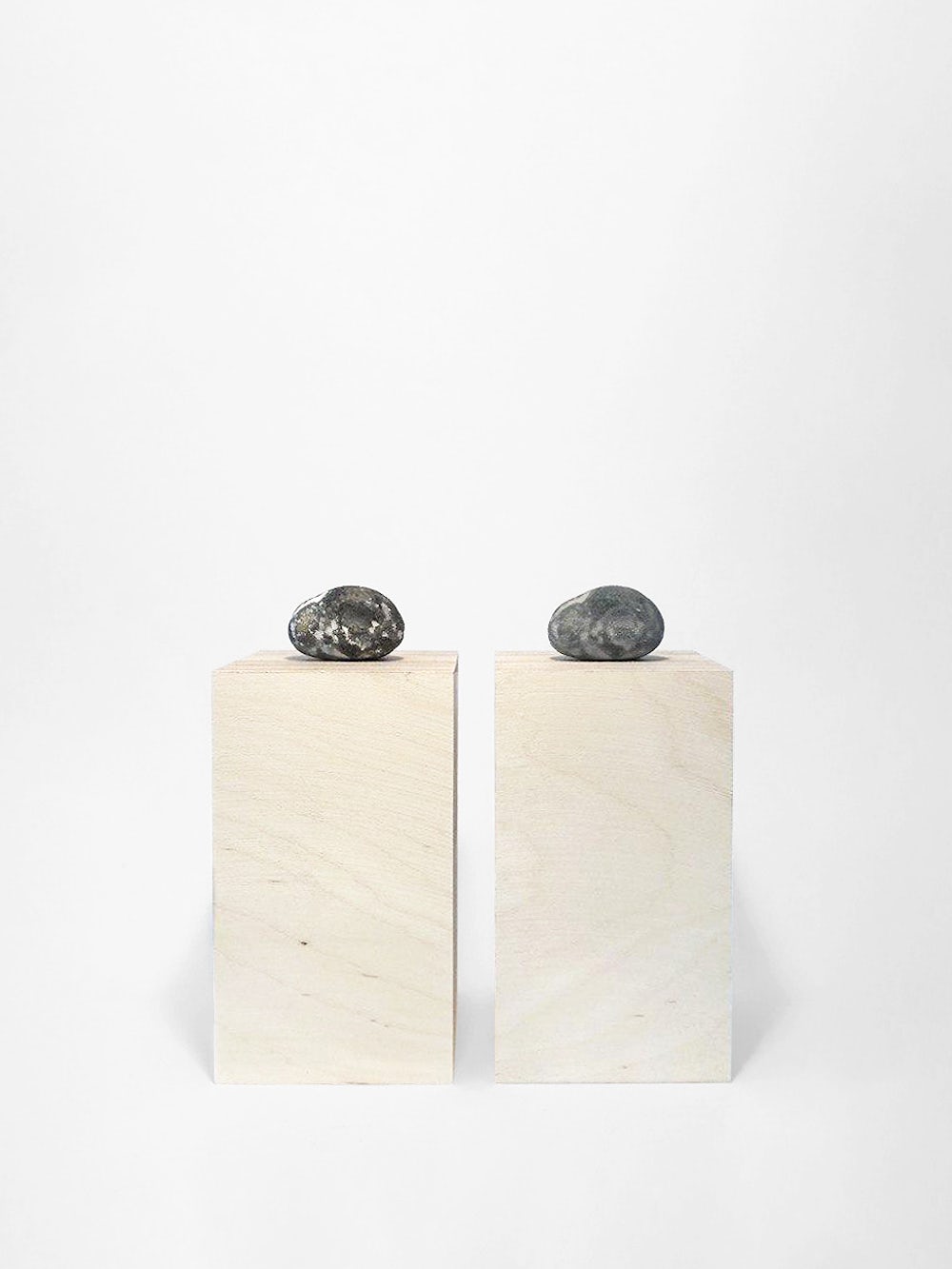