In contemporary society, the concept of ADHD has been claimed and defined by medical institutions. To be awarded such an identity, one is required to play ball with their bureaucracy, submitting oneself to the processes of regularisation which are employed by medical systems as a means of flattening varied identities into a controllable concept: through being measured, monitored, and tested, completing forms and attending interviews, and the repetitive explanation of vulnerable and painful memories associated with undiagnosed ADHD.

Charting my journey of obtaining a diagnosis at the RCA, this project aims to reclaim a sense of personal identity within the managerial disarray of medical systems, and to temper feelings of frustration and reduction by archiving the bureaucratic processes involved. In doing so, it aims to critique the mechanisms of educational institutions in categorising and managing Neurodiversity amongst its students.

The function of the project is to take elements which are emblematic of this regularising bureaucracy, and mediate them in such a way that they work to reconstruct my own narrative within this process. It is constructed by transforming two very different narratives which have described my experience of obtaining a diagnosis:

The first is the email chain between myself and the many people to whom I have been referred. It charts the time from when I first began investigating ADHD at the RCA up until just before I receive the results of my assessment. For all its good intentions, this process is often reductive and flattening, and leaves no room for feelings or lived experience. It says things such as: Pleased find attached. Regards. Sent from my iPhone.

The second is a personal account I had to write shortly before taking my assessment. It is raw, uncensored, unfiltered, and dense - and says the things which are otherwise brushed over or reduced.

This project utilises a photocopier - the instruments of medical bureaucracy, as a tool to dissect, appropriate, and transform this media into a new entity, which ultimately aims to reclaim epistemological power from medical institutions. In disassembling the notion of a monolithic narrative, the aim of this project is to interrogate systems of regularisation surrounding medical diagnosis, and to remediate its linguistic terrain. 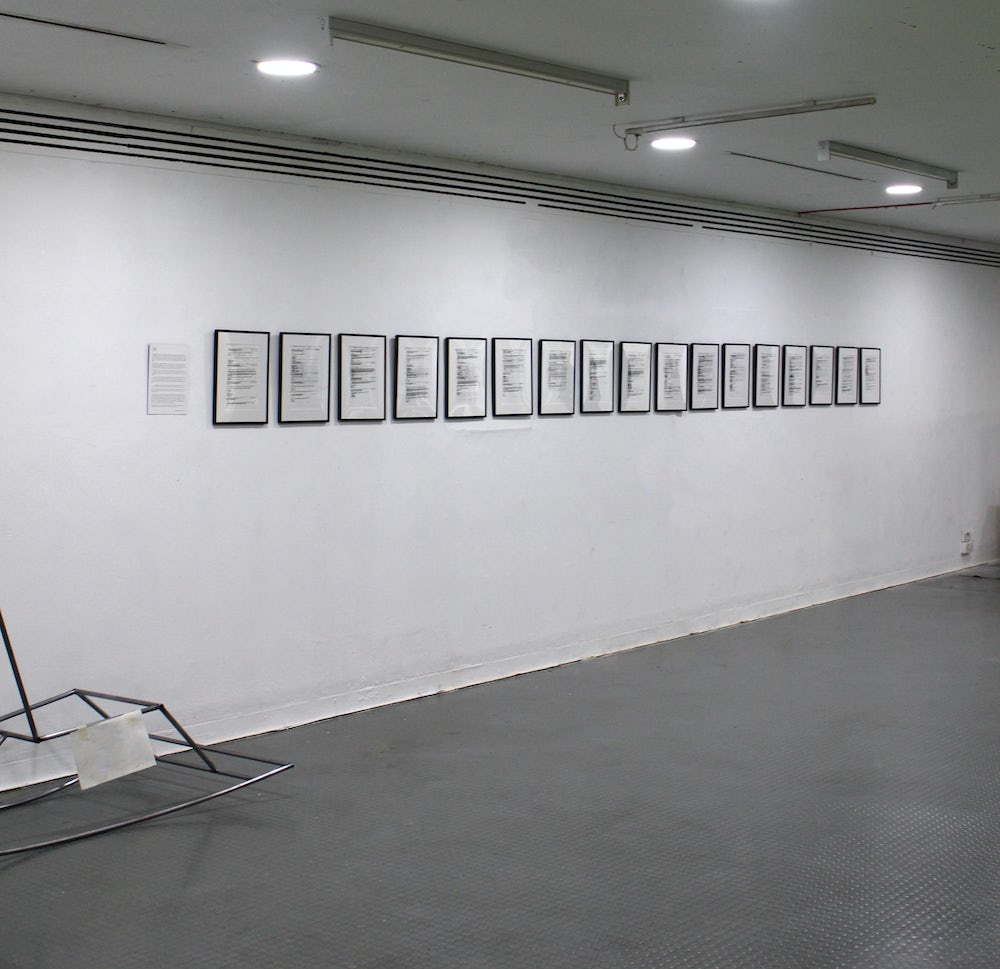