"A Library of Ice"

The 'library of Ice' aims to mediate the rapidly retreating world of the Arctic. It understands this landscape as a form of media that communicates events and information, in this case concerning climate change and sea level rise.

The project is a collaboration with Grant Deane, a research as the Scripps Institution of Oceanography, who is one of the authors of a new study that interprets the acoustics of glacial melting. Melting glaciers mediate their thaw through sound as the ice generates intense underwater noise. The impulsive nature of the noise can be attributed to air bubbles released explosively from the melting ice. Deane's studies have proven glacial bays to be one of the noisiest natural environments in the ocean. His aim is to analyse the acoustics of the released air bubbles in order to both quantify and predict the effects of climate change on the Greenland Ice Sheet.

The 'Library of Ice' was born through exploration of language as a form of mediation. What constitutes the language of ice? How does it speak of its own retreat, if only one were to listen? As Deane notes in an interview, "they have all kinds of amazing sounds that they release...they moan, groan, crackle, rumble and fizz...it's like they're speaking to us, but it's a language that we don't yet understand well."1

The arctic's aesthetically minimal landscape meets a powerful, vertical soundscape. Each air bubble is the sound of ancient atmosphere trapped in the ice for thousands of years under great pressure, realised in a single fleeting instant. In this project these moments are understood as an acoustic lament, na unheard protest against the accelerated melting of arctic ice.

The narrative, therefore, defines the glacier as an archaeological element, a 'Library of ice'. The project manifests as an archive for the 'language' of ice; accumulating traces of something that is being lost.

The project makes use of Deane's audio recordings, collected using underwater microphones, at Homsund Fjord, Southwestern Spitsbergen in the Arctic circle. Deane describes the acoustics of ice as having musical qualities: "when a bubble is first formed, it radiates a pulse of sound. It has musical qualities to it. That's why running water sounds musical. It's because of the delightful sounds of all these bubbles."2

The project mediates sound as image. Inspired by making a unique form of sheet music for the 'language' of ice. It seeks to create a tangible sound library.

To realise this, spectrograms were extracted from recordings and reimagined using graphic representations of the acoustic 'bubbles'. These 'music sheets' are than collated into a translucent book. The graphical representation of the book itself mediates the ice aesthetically through its translucency, colours and patterns.

The concept is that it can be added to over Tim as more recordings are taken. As the book is read, the receding level of transparency and interplay of light characterises the thinning ice. Conversely, as sheets of ice disappear, the archive is amassed. 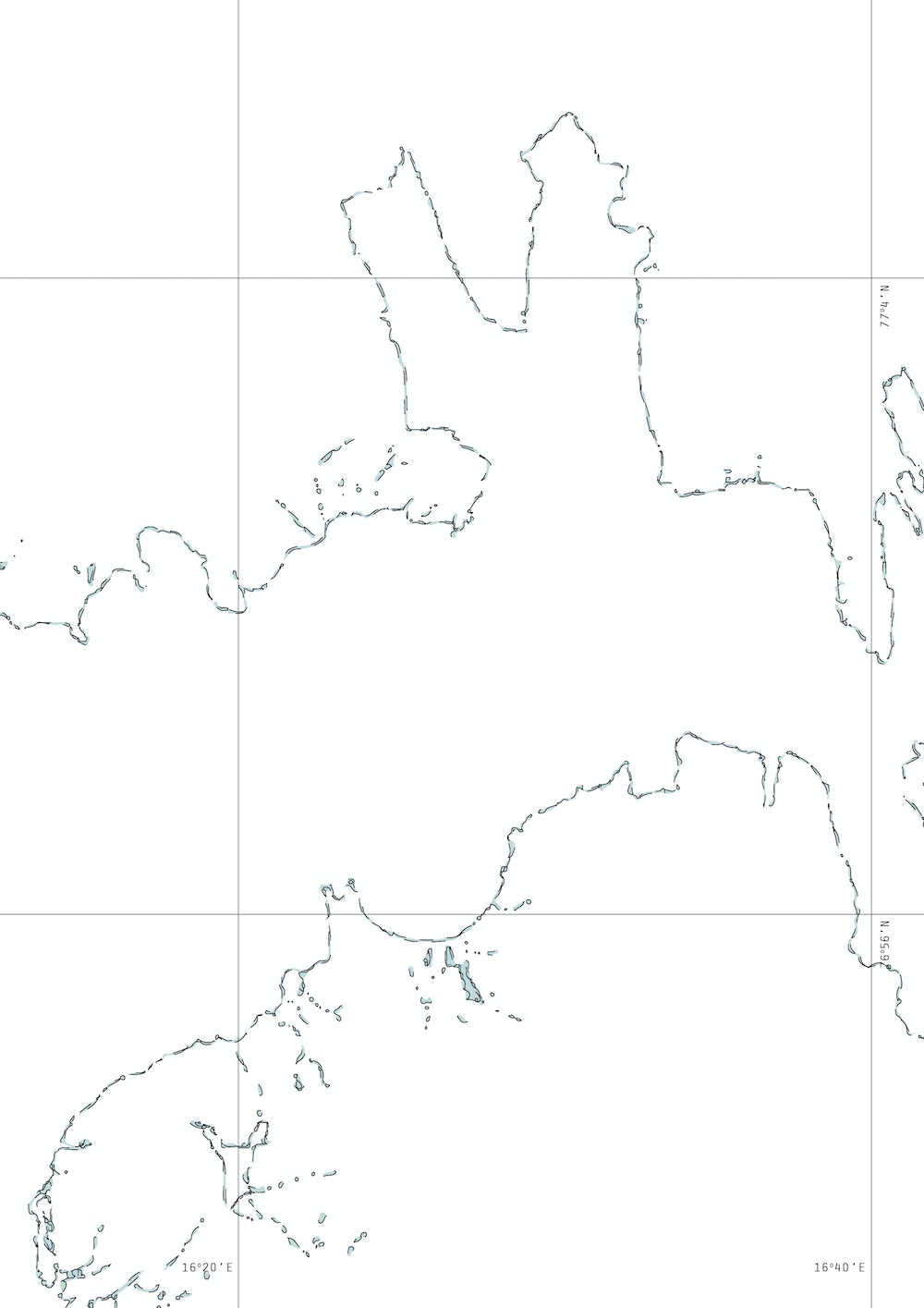