Human memory is often the most unreliable thing. We often forget the small things that have happened, so that we have to borrow a lot of external forces to remind us of what happened, such as diaries, memos, vlog, etc. But in this process, we ignore the falsification of memories. We will beautify some of the details when we write the diary, and we will also ignore the unpleasant scenes when shooting. Just like the history books of various countries, even for the same war, different countries will make different descriptions due to their different positions. Not to mention the distortion of historical facts by the victorious country.

Among such records, one of the most reliable and timeless methods has been overlooked. That is our skin. Skin acts as a barrier between the inside and the outside, faithfully recording every moment when the boundary between inside and outside is blurred. Scars have a peculiar force that reminds us that the past is real.

Skin as the most primitive compiling object, recording the whole life from young to old. So, in this project, I collect people’ scars with related stories and their birthmarks.

Birthmarks have a unique place in the occult. Some say that birthmarks are closely related to the cause of death in previous lives and carry memories. It is also said that birthmarks imply the fate of life. For example, people with birthmarks on their left cheeks are usually implication they will be extremely successful after middle age, but their personality is too strong. The birthmarks on Putin's left cheek seem to confirm this prediction. So, I also have compiled several birthmarks, their implication fate and the degree of people's recognition of the "fate". 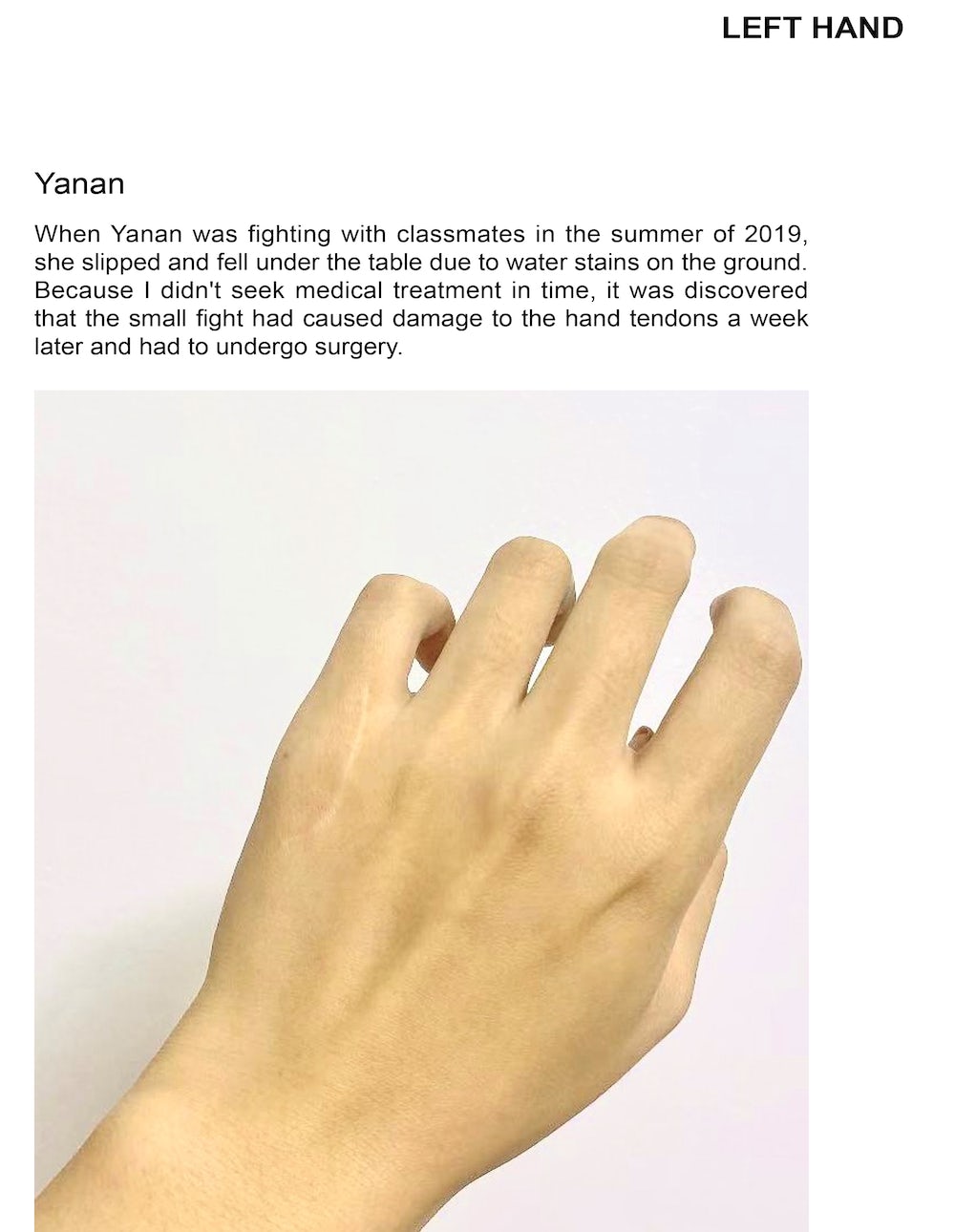