In our globalised society, the concept of identity has been largely defined and perpetuated by institutional categorisation.To establish an existence, one is subject to the processes of standardisation employed by governing infrastructures as a means of flattening realities into administrable forms. In doing so, my project Reclaiming Identity questions how archival machines such as; typewriters, passports, birth and school certificates, naturalise political categories through standards and classification systems. Telling my story, this project reclaims identity within these invisible institutional frameworks, and dissects my feelings of frustration and resignation by compiling the participating legislative documents. In doing so, aiming to critique the limiting capacities of authoritative categorization and managing persona amongst society.
The project presents aspects characterising the regularised identity process and ruminates upon them in order to re-establish my own narrative within these mechanisms. Constructed through very different accounts which have entailed my experience of attaining my existence: Firstly, are my identity documents from birth till now. Beginning with my Birth Certificate, filled out with a typewriter and my English name Teo Shi Ying. But my Mandarin name Zhang Shi Ying is written in ballpoint pen on the side, highlighting the duality of my name since birth. Additionally, other instances include an email thread being asked to take an English test to prove my English proficiency and introducing myself on online platforms igniting complication with my name sounding Chinese and my ability to speak English. Hence, I began to gather other documents of identification which are institutional records of myself. The confusion between name, language and identity were then continually compiled to reflect the diminutive and discouraging process which inadvertently dismisses emotions and reality. A particular document spelt my name wrong: Shi Teo, completely missing out a portion of myself. Secondly, corresponding plaques outlining a personal reflection after having compiled all the documents. The narrative is authentic and messy – providing a space where things and emotions would otherwise be dismissed and lost in this world of systems. Finally, the project utilises photograph frames and edited forms of the original documents, highlighting them as the media that I have compiled. Through dismantling the one-dimensional chronicle, the project interrogates the invisible infrastructures tied in with identity. The corresponding ruminations begin to reveal that identity will not be diminished. Identity has always been an all-encompassing feature of the human being – this is reclaiming identity. 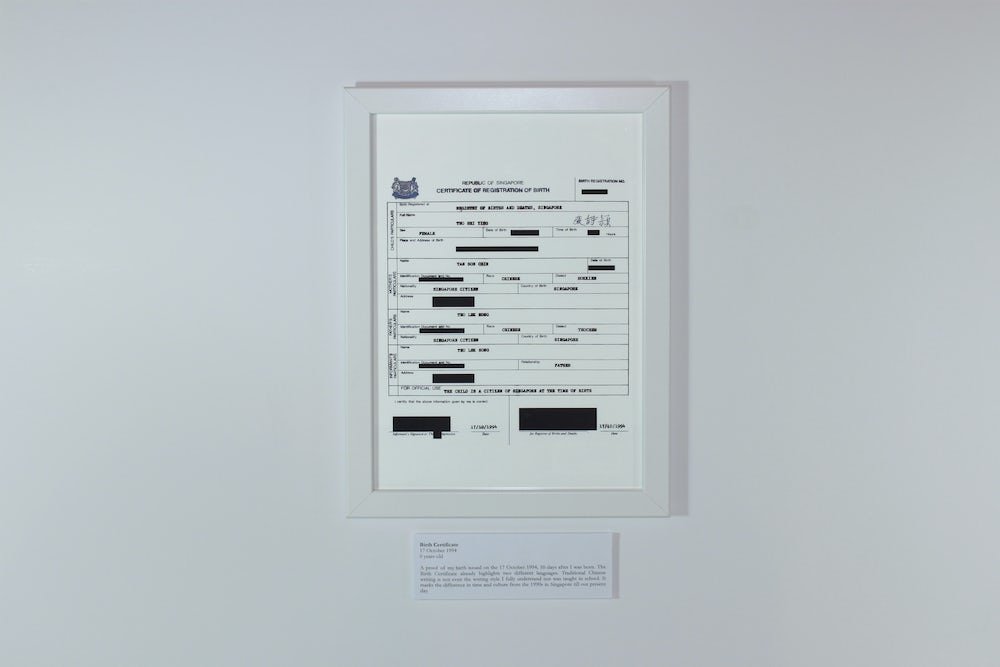 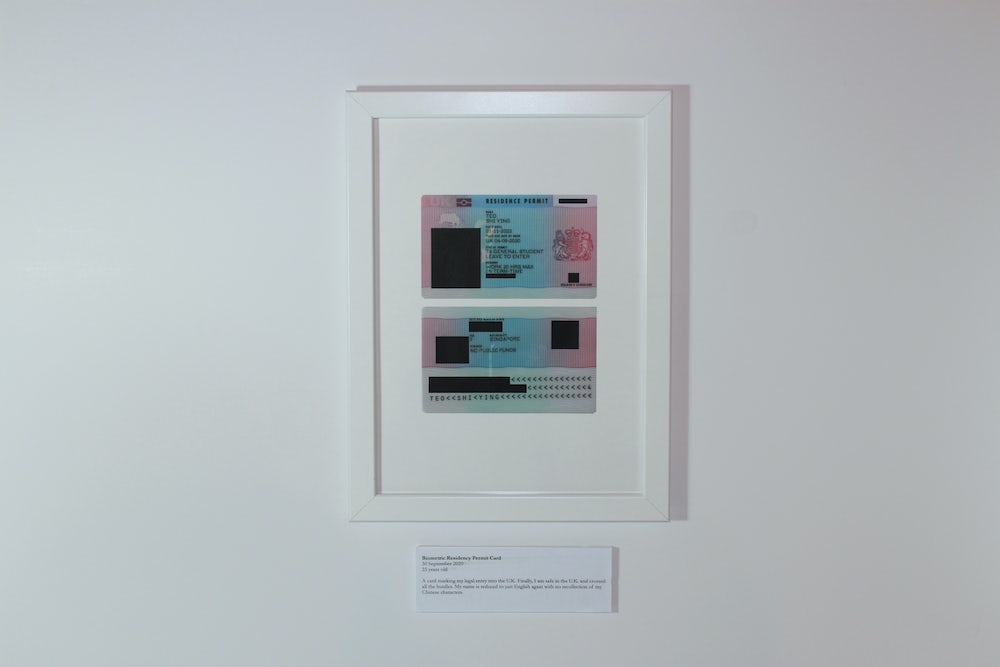 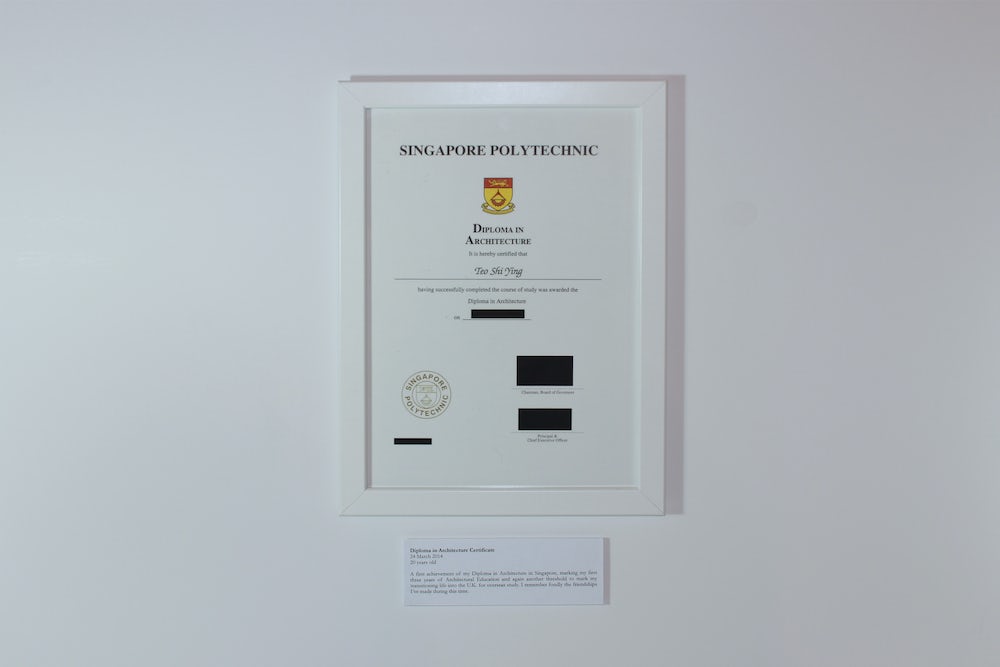 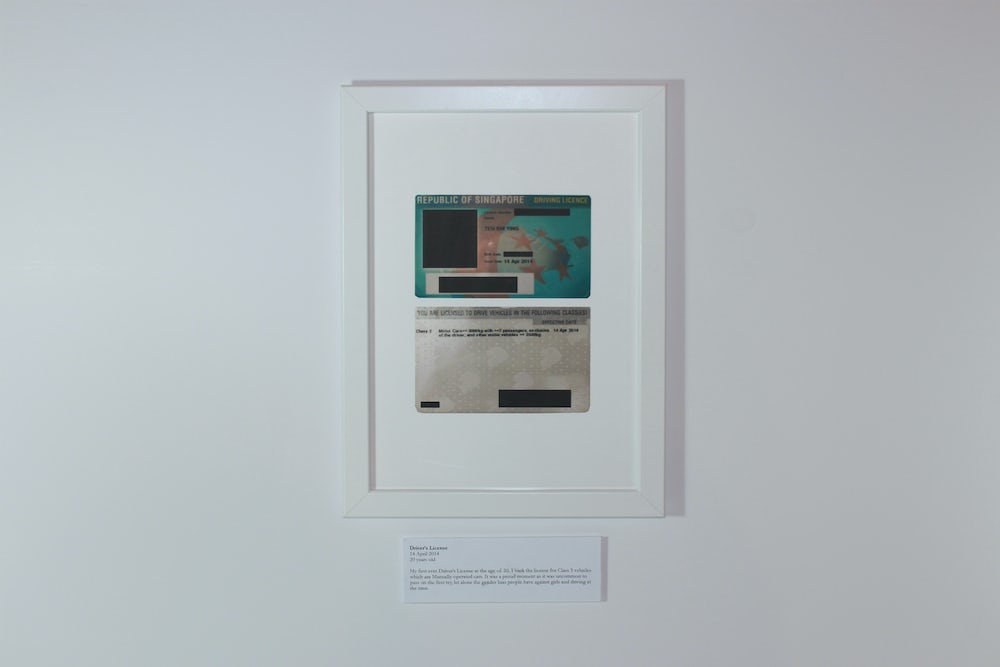 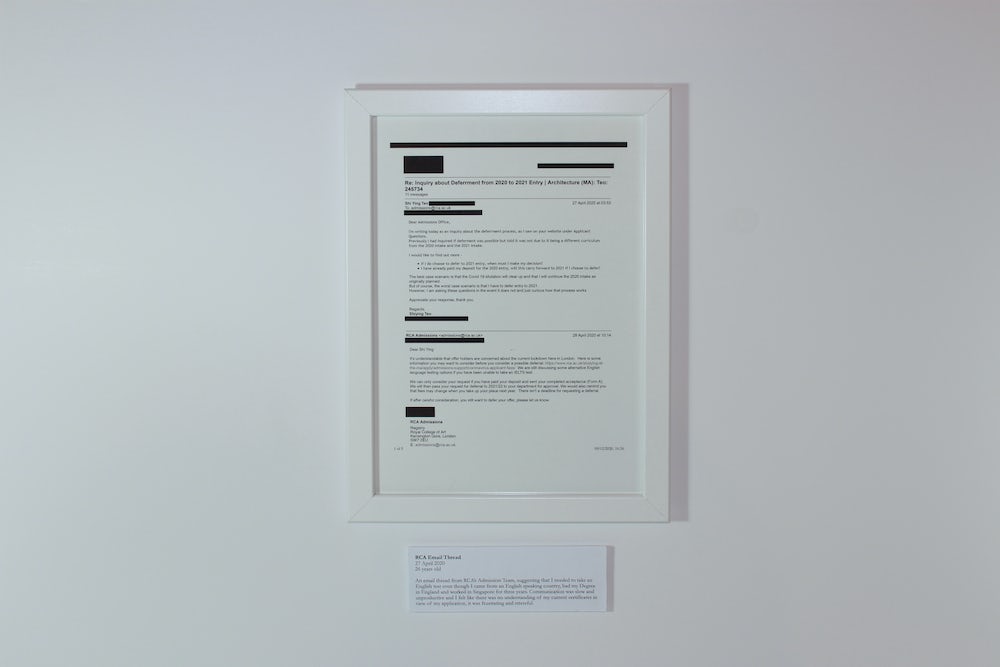 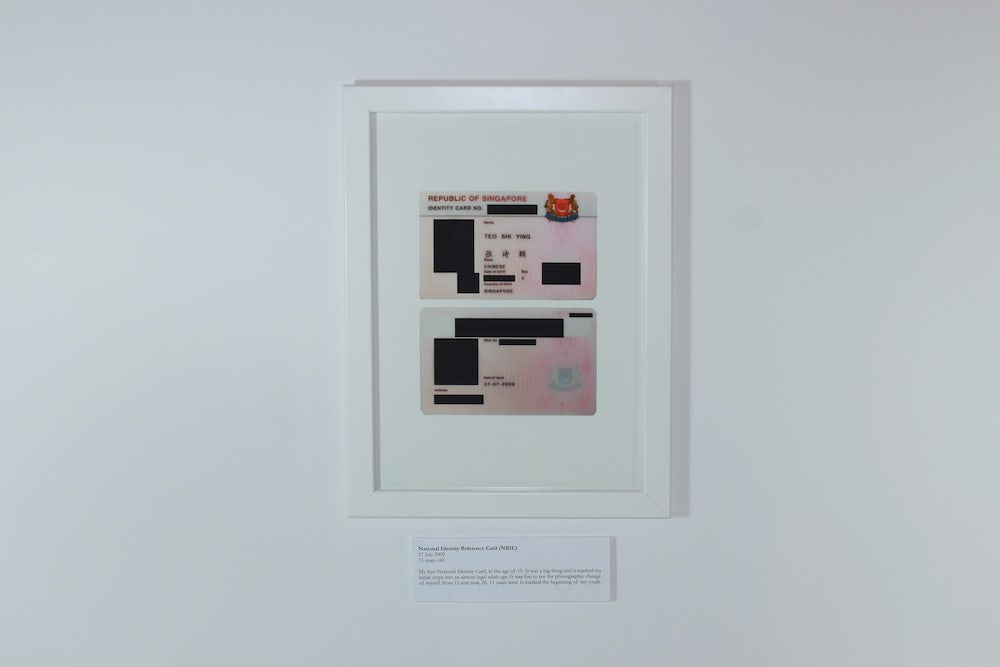 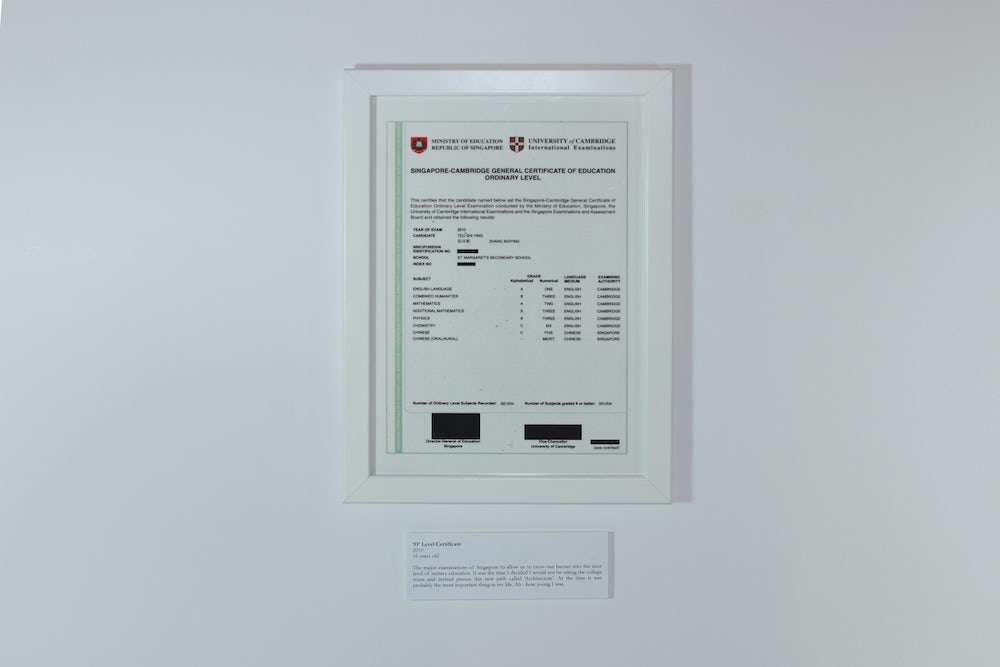 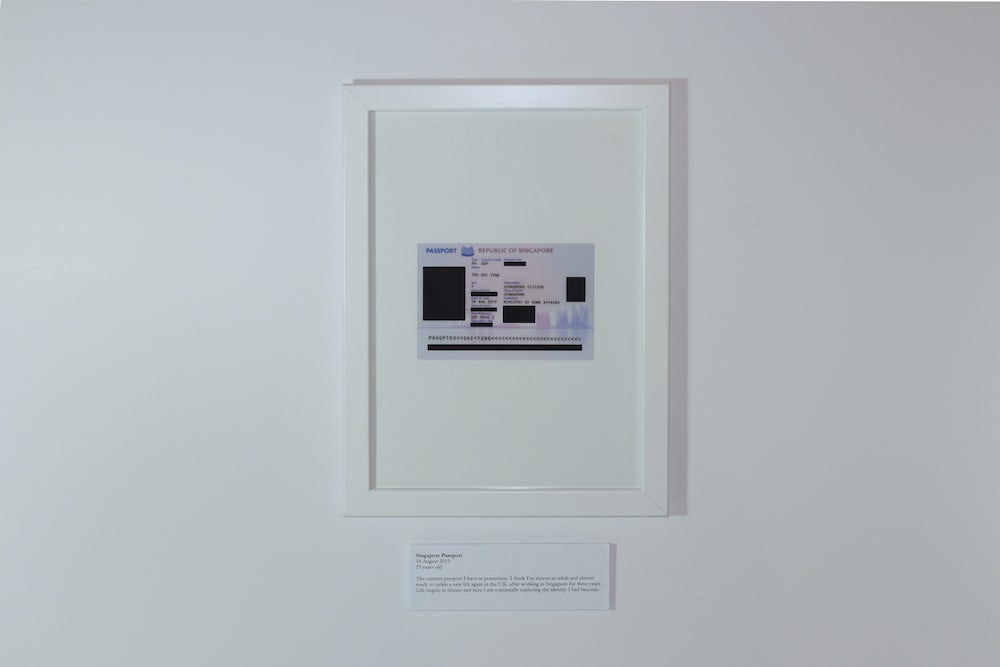 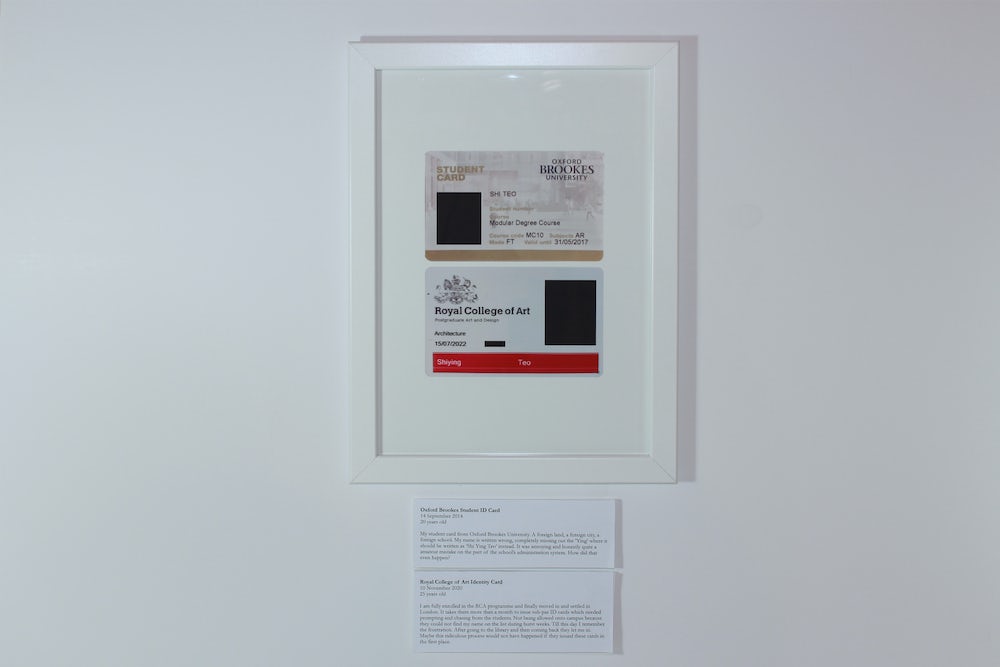 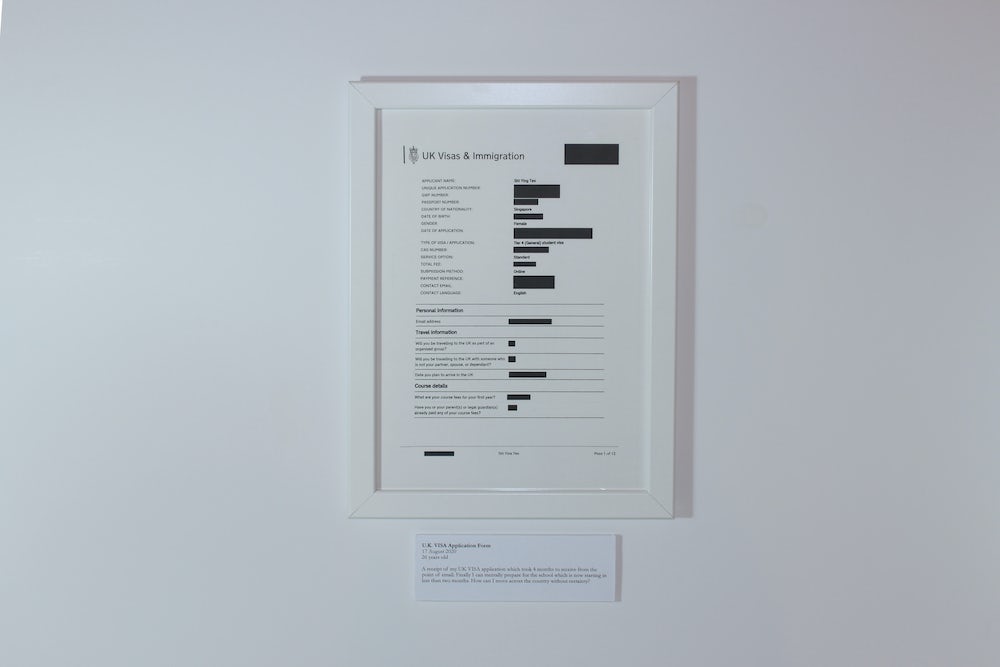 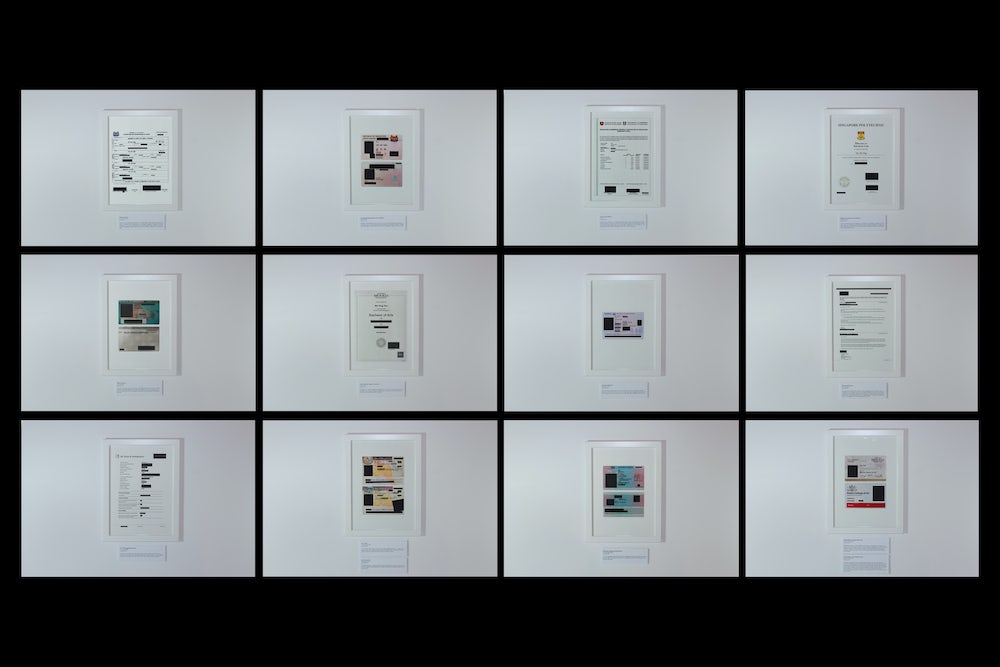