Object as Witness critically examines issues of cultural appropriation and destruction in Kosovo, predominantly in the context of the conflict between 1998-1999. This has been enacted by my own feeling of vacancy when seeing artefacts missing in Kosovo’s museum in Prishtina, and with a willingness to uncover the impacts of these acts erasure. In order to develop this body of research, I am looking at the selective process of documentation of objects and buildings in Kosovo, focusing on existing classification processes. In doing so, my research critically engages with materials used for historical documentation, such as photography and recorded testimonies taken during and after the war, with the aim to unpack their evidential properties. My interventions questions how media can perform as a way to dissect existing dialogues. According to Susan Schuppli1, there are several ways objects hold witness, holding in trauma inflicted to them without spoken word. The lens can take on a predatory behaviour, as Susan Sontag mentions in her book On photography2, images provide knowledge of a hidden reality, an ability to take ownership of a narrative. When we happen to see something unusual, we rummage for our phones; our own portable lens. The camera allows us to take evidence, become our own narrator and detective. Objects bear an ability to capture and confront their reality through their lens and by tracing these objects back, we understand the roles they serve and the power they hold. By compiling found footage, photography and sound, I am compiling the visibility and the erasure, dissecting the mediums that provide evidence of exclusion of identities and the breaking down of communities. Through my research, I have found evidence of selective processes of archiving which led to the ill management and disregard of undocumented buildings and the removal of cultural objects and artefacts. In this line of research, I reached out to the great imam of Kosovo, Sabri Bajgora who created his own documentation with Riedlmayer on the destruction of Islamic heritage in Kosovo between 1998-1999 as well as Andras Riedlmayer, a pivotal Harvard professor who initiated the architectural surveying of destroyed cultural buildings in the Kosovo war to provide evidence of neglect and ethnic cleansing to the ICTY. Informed by this, I have followed a process of physical and digital reconstruction, utilising machine learning, diagrams and moving image with the aim to dissect technical and material properties such as authorship, visibility and resolution, and to examine how classification played a crucial role for inclusion and exclusion of narratives. In doing so, I examined the existent archival material not only as a repository of documents, but as a regime of political operations within which media play a crucial role. 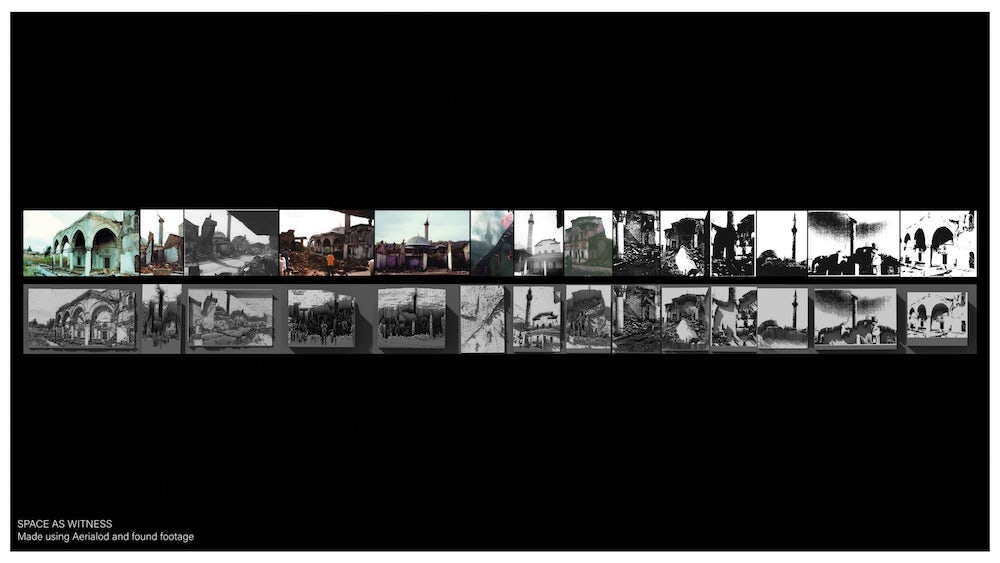 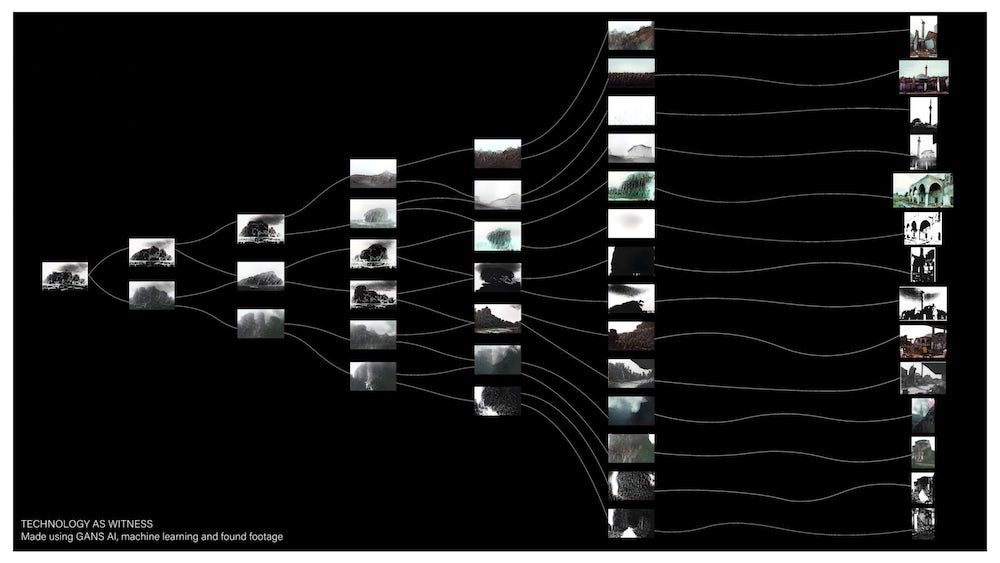 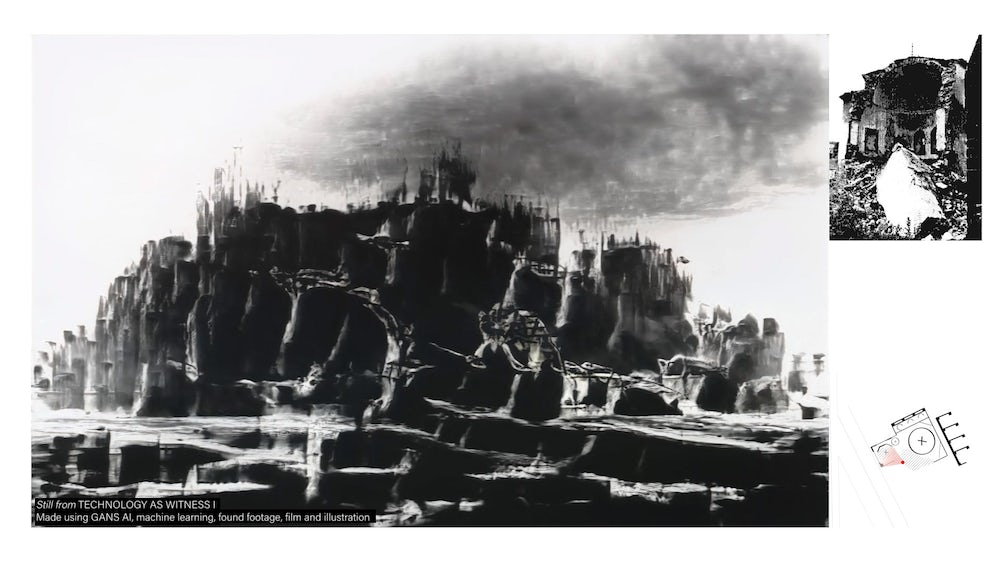