After India's independence from British rule that lasted from 1858 to 1947, British statues, as the main physical legacy of this colonial history, faced unprecedented pressure on being subverted. At the same time, domestic statues sought to replace them propagating ideas of Hindu national rhetoric. In this context, the project considers two main statues intertwined with India's colonial and national history:

First, it considers the statue of George V who was the last British emperor of India from 1910 until he died in 1934. The statue was built in 1935, one year after his death, and is located under the canopy on the eastern focal point of Central Vista in New Delhi. In British India, colonial statuary symbolized the state's power and underlined its desire to dictate its colony. The crown and face of the statue were damaged in 1965 but a final compromise was reached to collect the British statues in Coronation Park. As a result of this decision, a series of plinths absent of any statues remain prevalent.

Second, the project considers the statue of Patel that is the statue of unity built in the state of Gujarat in India and that was completed in 2018. The statue overlooks the Narmada Dam against the native's objection to the dam's construction. According to Alexander E. Davis and Ruth Gamble, the Statue of Unity centers Indian nationalism on a 'unity' free of diversity. 1

As such, the project brings together these two statues to compile two historical phenomena respectively. It builds on the condition of 'absence of statues' to reveal the double void in colonialism and nationalism. It juxtaposes the two opposing manifestations of this absence: colonialism and diversity. By collecting several archival maps from various periods, a set of post cards replicating these maps are created. The absence of statues becomes embodied in plinth-like stamps, where the act of stamping on the postcard traces the statue as well as the related conflicts. In the first context, the stamp is constructed out of solid material such as timber to mediate the indelible memory of colonisation. On the other hand and in response to the autocracy of Hindu nationalism and in contrast to the heavy and solid materials that represent suppression and concealment in the actual statue, the second stamp is constructed out of transparent materials as an opposing metaphor. 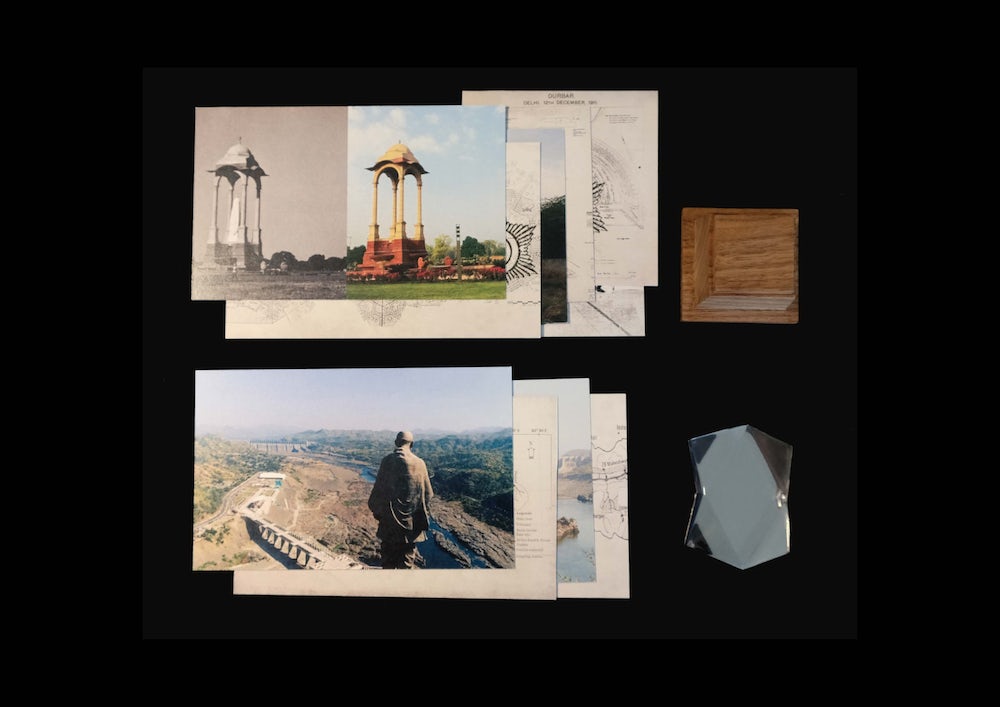 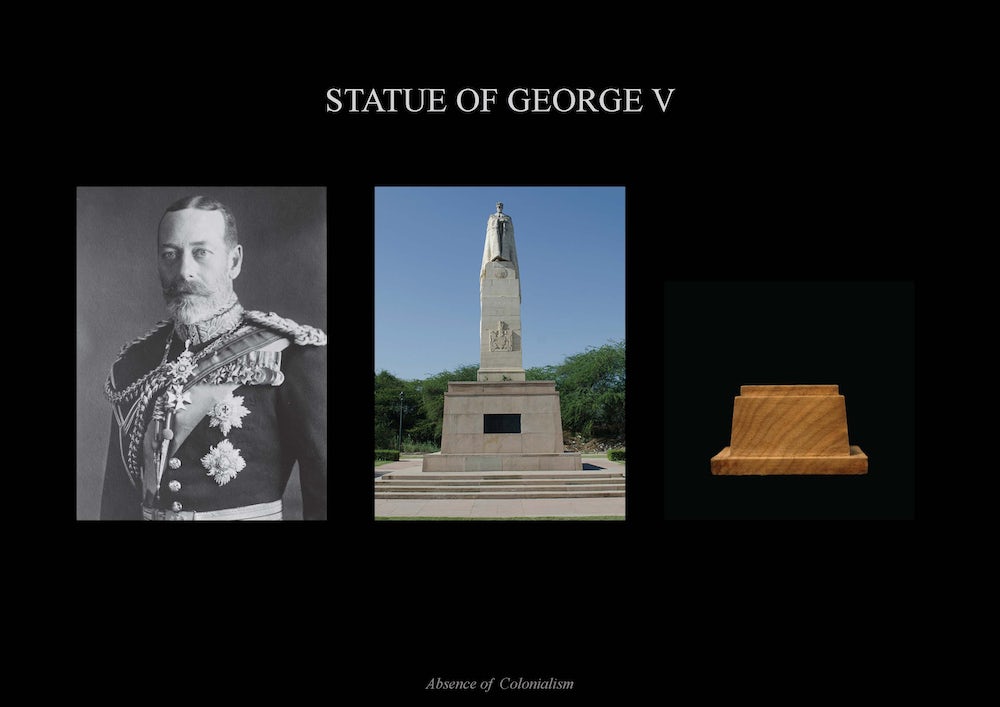 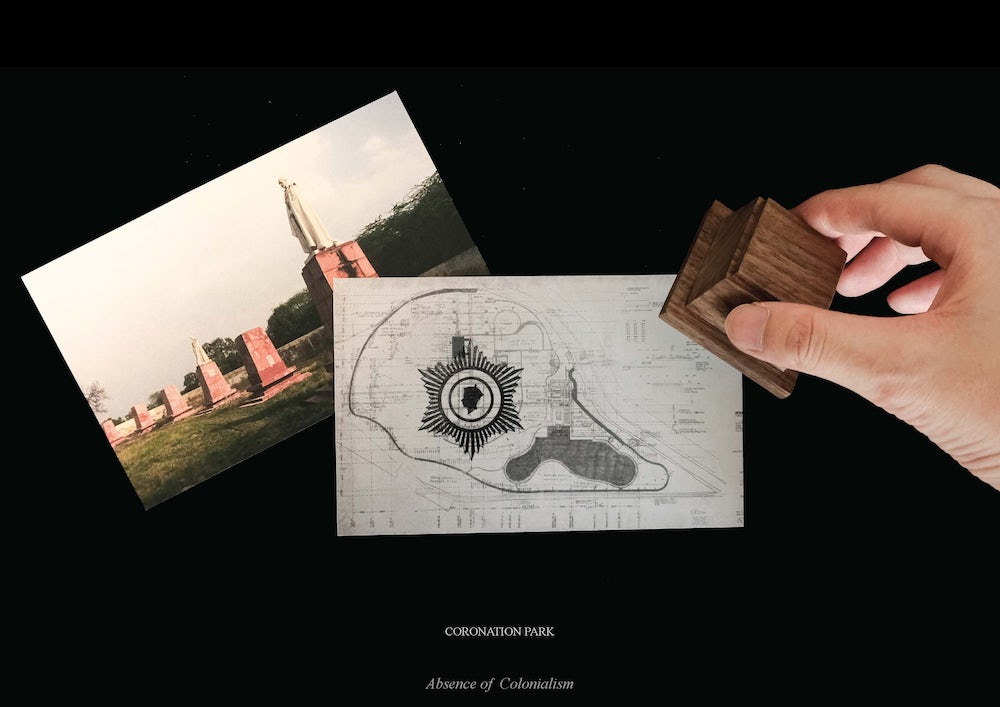 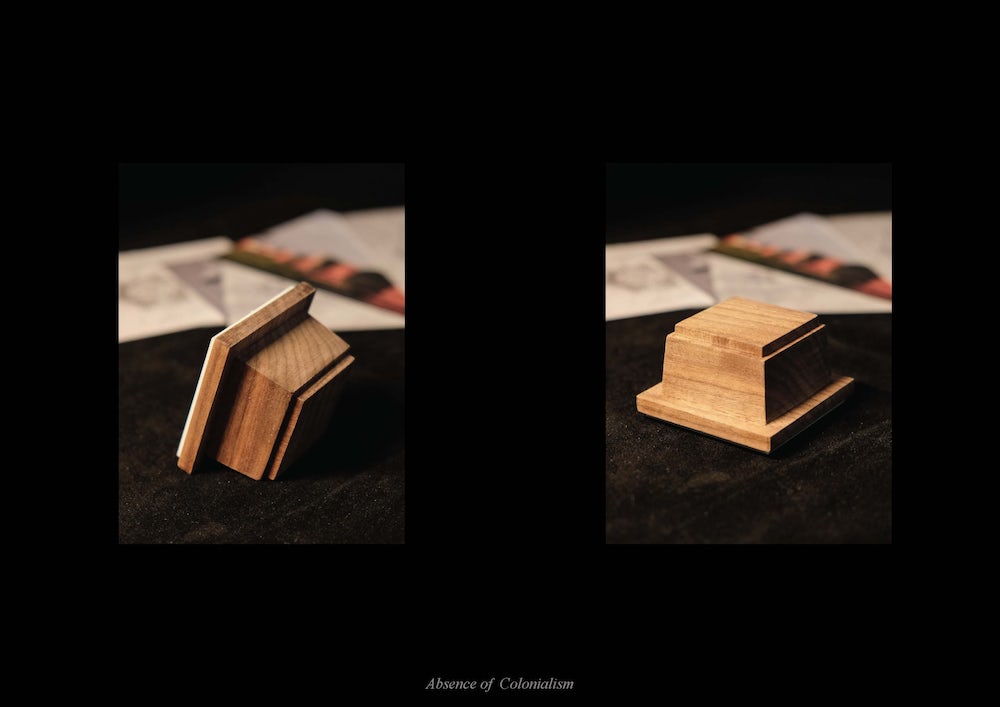 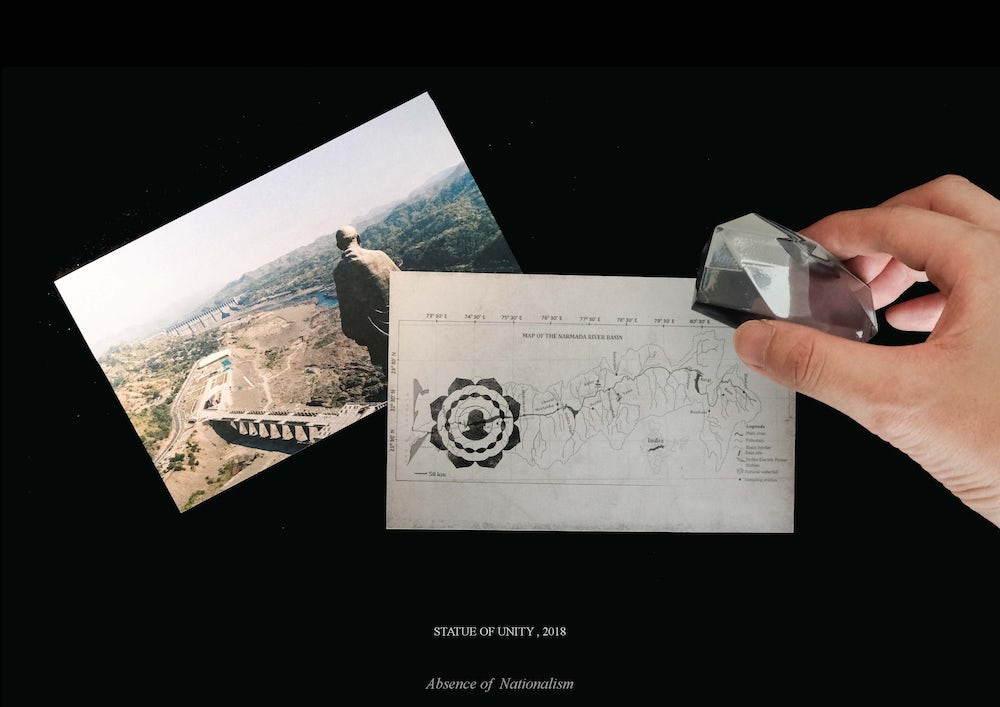 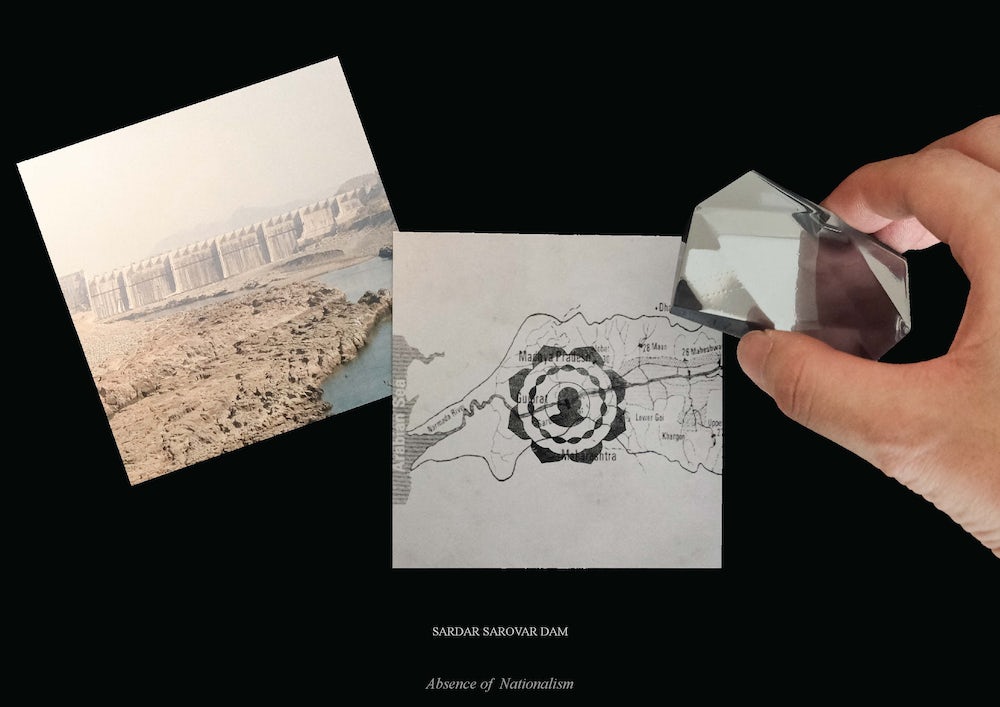