Why is the operating room in the hospital colored green? Is this a decorative decision or does the color green say something about the hospital environment?

In 1914, Green first appeared in a hospital in San Francisco. The American surgeon Harry Sherman found that the traditional white was too bright, and the strong light (especially under the new lighting system) reduced his ability to distinguish anatomical features under careful observation. According to color theory, he developed a "spinach green" environment as a complementary color to hemoglobin red, and created a completely green operating room with walls, floors, sheets and towels. Green. He found that his eyes can stay on the details and texture of the wound without having to compete with the "external light.

In the process of my compilation, the year 1914 caught my attention, because this was the time when the First World War began. Although this does not directly indicate that the color green of the operating room was related to the war. However, the world wars are an important period in the development of medical institutions. The project investigates the origins of green in the hospitals through collecting archival imagery and evidence. 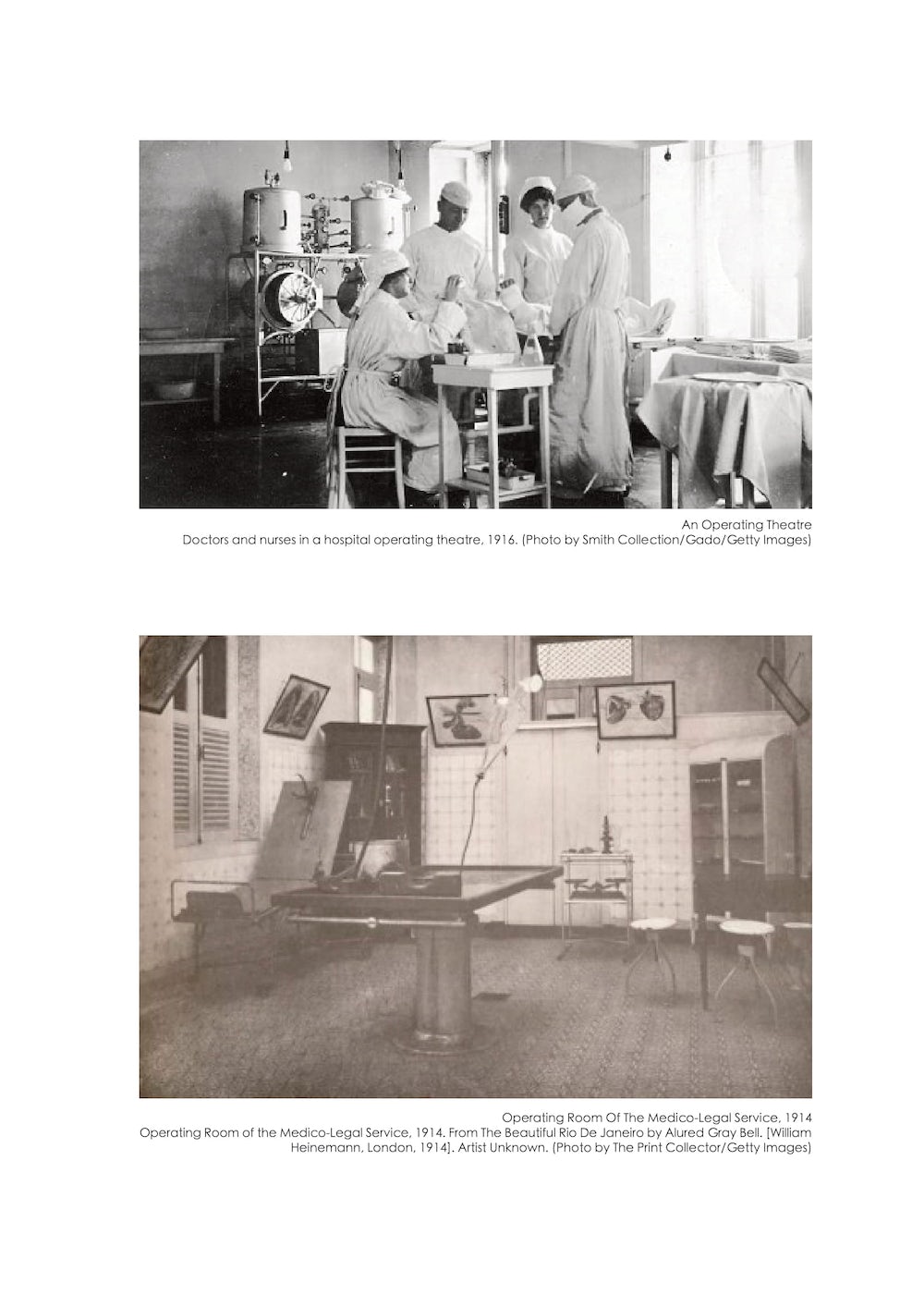 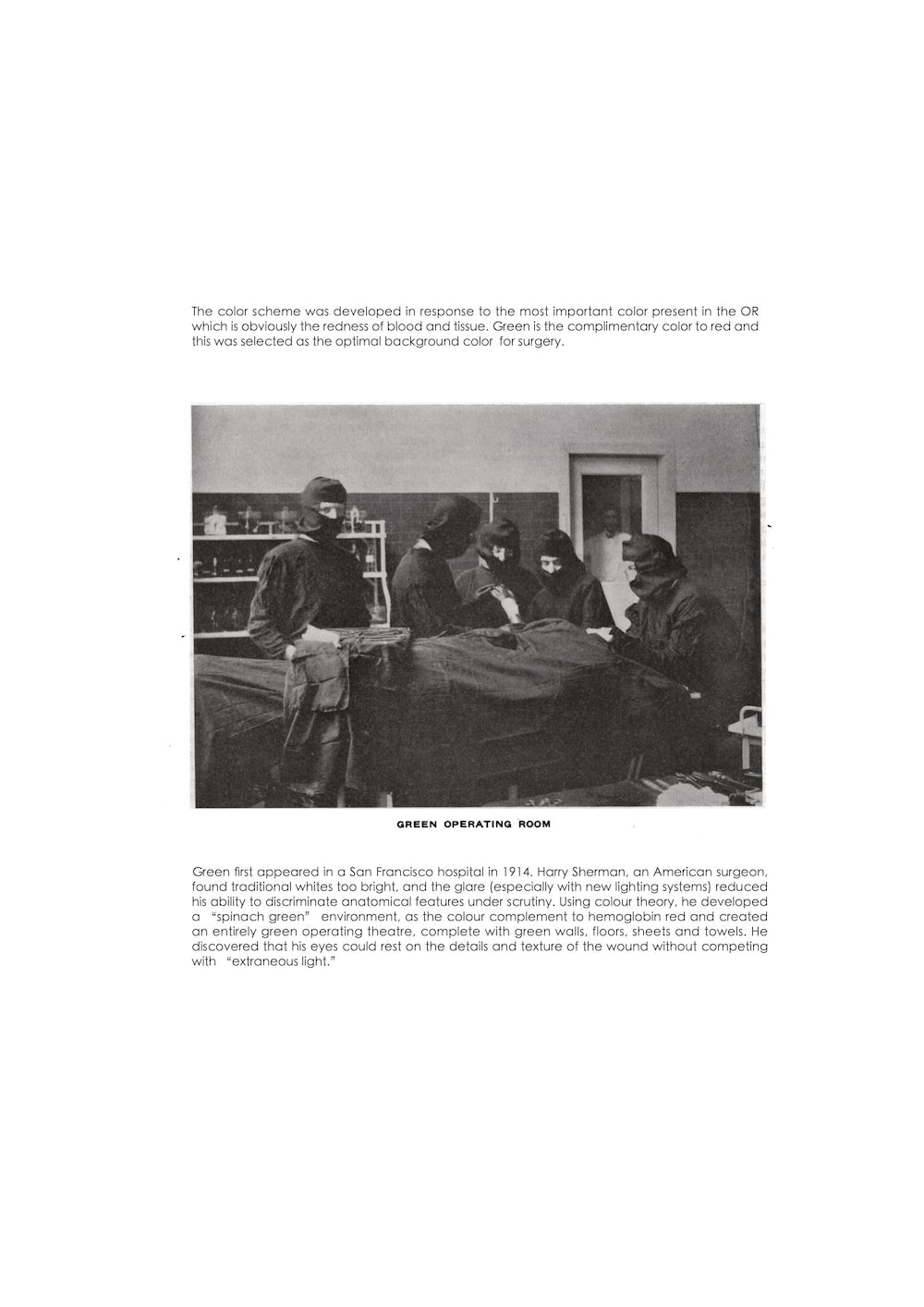