Postal codes are commonly numbered from the centre of the area code, out. This however is not a consistent rule. Southwark for example has an irrational numbering system. SE1 is the closest postal area to the centre of the city, however SE2 is located at the edge of greater London in Abbey Wood. Postcodes are also used to categorize insurance premiums, and census collation, as well as distinctions for route planning software like sat nav or city planner apps. The initial system of named postal districts, developed in London and other large cities from 1857, evolved towards the present form. In 1917 London was split into broad numbered subdivisions, and this extended to the other cities in 1934. It wasn’t until 1974 that postcodes were implemented across the UK.

My project is an investigation into postcodes and boundaries that are defined by these postal sequences; the socio-economic meaning attached to postcodes and gang territories that are defined by the boundaries carved out by the postal codes. I have developed this interest in London postcodes through osmosis; growing up in Peckham, SE15, has been a part of my identity. What the postcode means has changed. The effects of gentrification has transposed the meaning and perception of the postcode. Gentrification has disrupted the community, breaking up families and ostracising local businesses, replaced at first by artisan cafes, then larger chain businesses. The loaded identity of a postcode is responsive to the cultural and economic changes, yet abides by the rigid boundary lines.

My compiling strategy incorporates the historical context of postcodes as well as a personal inference of the various postcodes in Southwark. By using historic mapping of the borough found in the Southwark archive, I worked with my own understanding of the borough boundary to compile a narrative to underpin the project. My project delves into the cultural and social boundaries associated with postcodes; voting patterns, crime statistics, levels of deprivation and poverty as well as the commonality of cultures, ethnic backgrounds, and class divisions within Southwark. I have largely looked at the paintings of Richard Diebenkorn, Gerhard Richter, Bridgette Riley and Peter Doig as references. I propose a parallel between the abstract boundaries of postcode areas and both abstract and figurative compositions in painting. I also look to Expanded field painting to illustrate a relationship between the painting and the street. By creating a self-supporting structure, the painting imposes itself into the streetscape, and becomes one with its context. 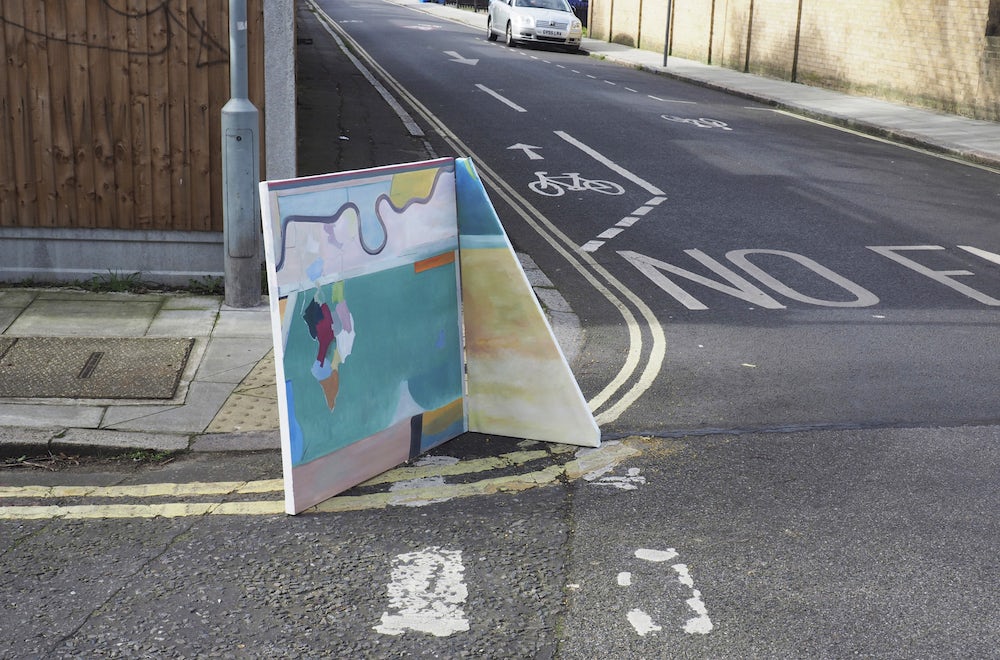 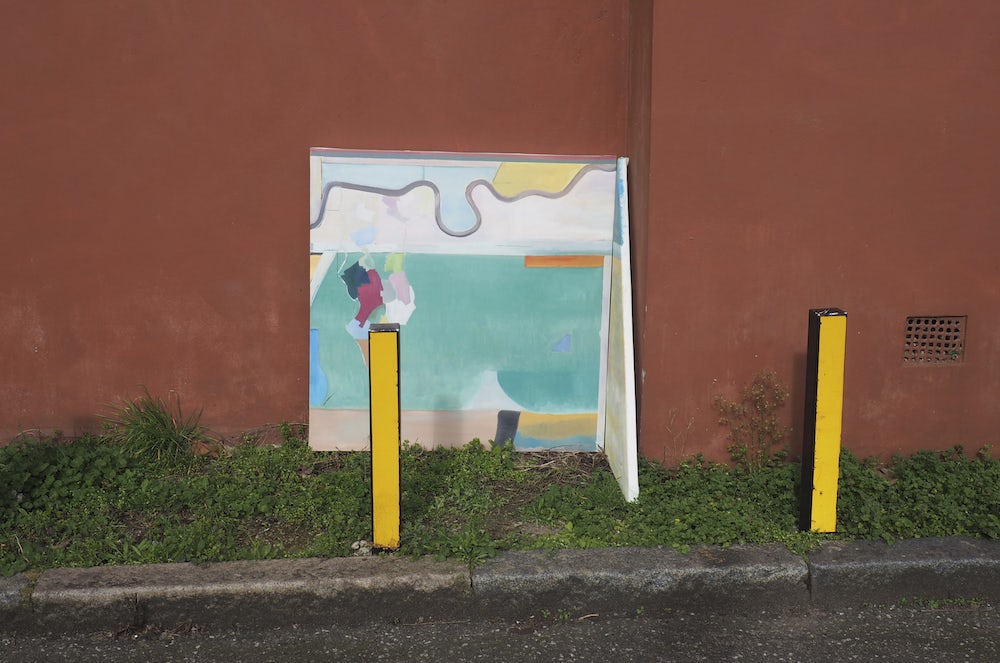 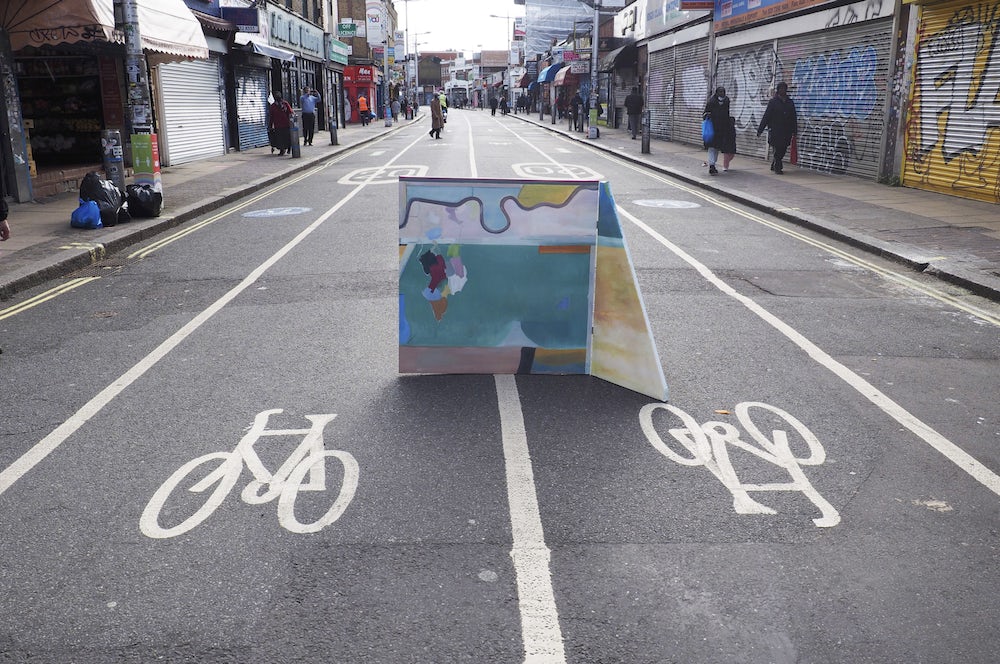